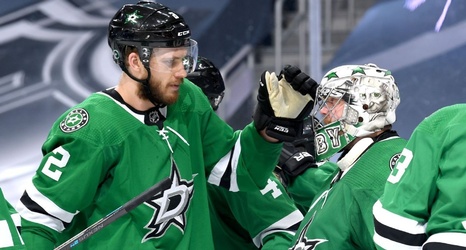 The Dallas Stars are one win away from advancing to their first Stanley Cup Final since 2000. Eliminating the Vegas Golden Knights won't be easy, as Vegas is claiming the Western Conference finals are "a long way from over." Can Dallas close out the series on its first try?

Meanwhile, the Tampa Bay Lightning took a commanding 3-1 series lead in the Eastern Conference finals Sunday, as they welcomed back their leading scorer, Brayden Point, on the same day the New York Islanders announced they had sent two injured players home from the bubble.