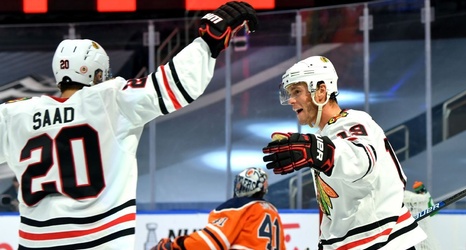 After months of a pandemic-induced pause, the NHL returned in earnest on Saturday, Aug. 1. Players hit the ice again as the NHL's return-to-play plan hit Phase 4.

Unlike the traditional playoff format, the league is running a 24-team tournament, with 12 teams from each conference playing in fan-less arenas in Toronto (for the East) and Edmonton (for the West). The top four teams in each conference are in the round of 16, and seeds 5 through 12 will square off to see who will take the next step toward immortality.

From the qualification round all the way through the Stanley Cup Final, ESPN has you covered.