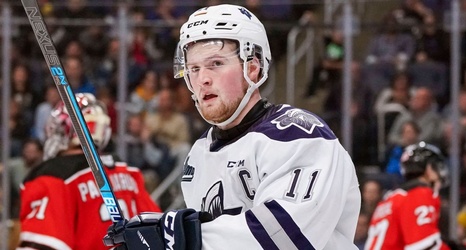 The 2020 NHL draft has long been heralded as one with an exciting class with a lot of top-end talent. In the early going of the season, there has been a clearer separation between the top prospects in this class and those who somewhat fall in line, illustrating a more dramatic drop-off after the first four to six picks than we've seen in recent years.

Although there is currently a consensus No. 1 prospect, there is also a bigger group of players chasing that spot than normal. We've seen Jack Hughes and Rasmus Dahlin go wire-to-wire as No.