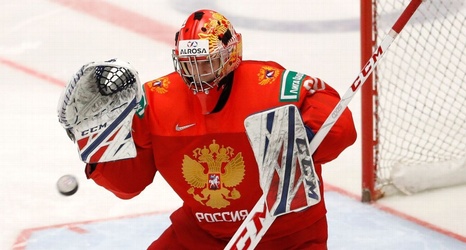 Yaroslav Askarov is special. Any goaltender who can be comfortably projected to go in the top half of the first round anymore is. But 2020 NHL draft prospect Askarov stands out even among those few for so many reasons.

The Omsk, Russia native has been described by some as the best goalie prospect since Carey Price, who went fifth overall in 2005 to the Montreal Canadiens. In fact, he very well could be the highest goaltender selected since Price, as a frequent top-10 projected goalie and No. 7 on my most recent top 100 overall prospect ranking.