Ranking The 5 NHL Arenas With The Best Food 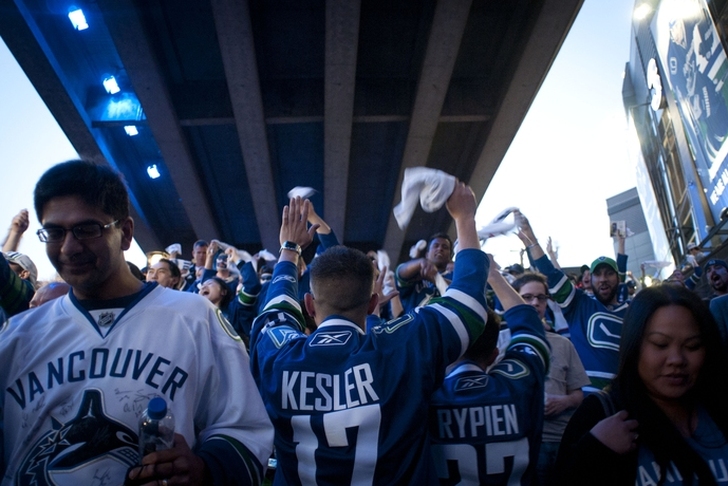 Going to NHL game is expensive, even if it is an experience that every sports fan should enjoy at least once. The tickets are expensive and so is the food. Which is why if you're getting food at an NHL game, it had better be some damn good food. With that in mind, we've ranked the 5 NHL Arenas With The Best Food.

Nationwide Arena, Columbus Blue Jackets
Two words: Dancing Kevin. The sandwich is named after this dude and it's the ultimate food to enjoy when you've had a few beers as well. It's a pretzel bun with ham, pulled pork, mustard, bacon and freaking mozzarella sticks. You're damn right it's worth feeling sick for the next week.

Air Canada Centre, Toronto Maple Leafs
The Air Canada Centre has some great hot dog options, but one tops the list by far. It's the poutine dog. If you've never had poutine, it's amazing and you need to go get some now. It's a Canadian dish that features french fries, cheese curds and gravy. The poutine dog swaps out the french fires in favor of a hot dog. It's totally worth the eventual heart attack.

Bridgestone Arena, Nashville Predators
It's all about the chicken here. The Nashville Hot Chicken sandwich is worth getting, but that's not all the arena has. You can also get chicken-and-waffles, something few stadiums offer. Chicken-and-waffles is the best drunk food on the planet and it's pretty great without alcohol too.

Rogers Arena, Vancouver Canucks
Only in Vancouver can you get lobster rolls at a hockey game. That alone helps them make the list and the perogy dog seals it. The hot dog features cheese, potato perogies, sauerkraut (I'll pass on that personally) and ham. It's plenty of food that all goes well together.