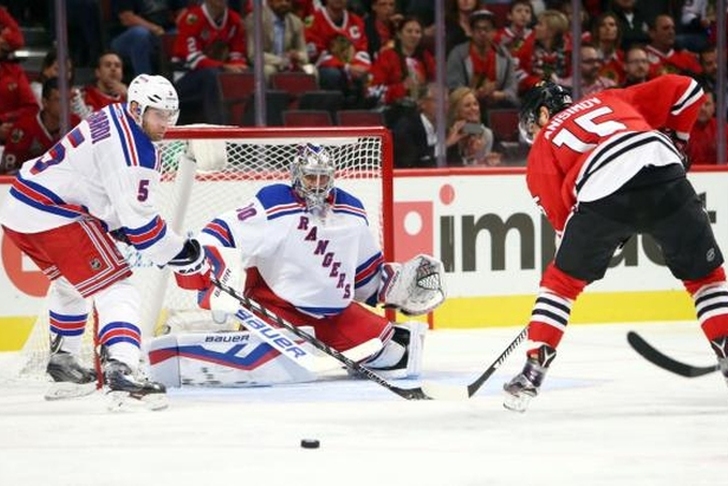 We're just a week into the new NHL season, but several teams have already started to separate themselves as the cream of the crop this year. Here are the top seven teams in the NHL so far:

The Jets started their season with two big wins on the road, showing that last season's success was no fluke. A loss to the Islanders was disappointing, but it's hard to reel off three straight road wins, especially to start the year. They're still one of the best teams in the league and will look to prove that again tonight at the Rangers.

Detroit has gotten off to a fast start in the Jeff Blashill era, outscoring 8-3 already this season. Justin Abdelkader has been the biggest surprise of the season with four goals through two games, while rookie Dylan Larkin is already showing everyone that he belongs in the NHL.

The defending Easter Conference champions haven't slowed down at all this season, posting a 3-0 record with a plus-seven goal differential. Ben Bishop has been as good as ever in net, and their power play ranks eighth in the league.

The Martin Jones era has gotten off to a fantasic start as the Sharks have knocked off two top Pacific Division foes, the Kings and Ducks, thanks to a NHL-best penalty kill and defense (one goal allowed through two games).

The defending Stanley Cup champs fell at home in their opener to the Rangers, but rebounded nicely by sweeping a home-and-home with the Islanders. Patrick Kane has been on fire with six points.

Montreal's defense continues to be one of the best in the league as they've allowed just four goals in three games. A plus-six goal differential - with all three wins coming on the road - is extremely impressive.

The Rangers have busted out of the gates in spectacular fashion, led by rookie Oscar Lindberg, who is tied for the league lead with four goals. Henrik Lundqvist is as good as ever while leading a team that's looked solid on both ends of the ice and poised for a Stanley Cup run.