NHL Playoffs Underway – Who are you Backing? 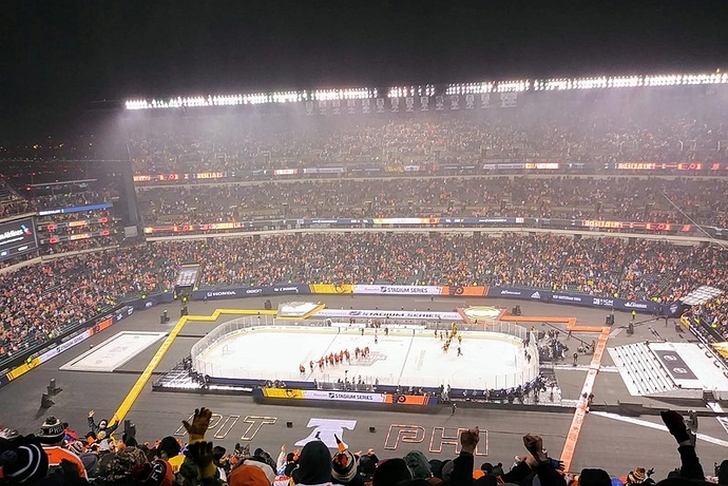 We’re at the business end of the season in the NHL, and the Stanley Cup Playoffs are underway. The Bruins meet the Maple Leafs once again, San Jose are looking to avenge last season’s playoff series defeat to Vegas, and the current holders face a tough test against the Hurricanes. It’s going to be exciting and nerve-wracking in the coming weeks for the fans, not only because they want their team to go all the way, but also because some will have backed their side to win the Stanley Cup with real money.

Don’t forget your NHL Fantasy Picks!
Whether you’re a fan of DraftKings or FanDuel, remember to get your fantasy picks in! Everyone loves fantasy NHL, right? If you don’t, we don’t believe you. It’s great.

If you’re one of the many who is torn between DraftKings and FanDuel, and maybe not even sure if you can play daily fantasy sports in your state, sites like playinglegal.com can come in quite useful. They give a great comparison review between DraftKings and FanDuel, and they also go out of their way to list the legal information on fantasy sports in every state in the country. It’s very useful, not just for now, but for the future too as the site is updated regularly. It’s worth bookmarking if you’re into your fantasy sports that’s for sure. It’s also worth mentioning that the site covers every legality with online casinos and online poker in the US too, so if you’re into that, you won’t be disappointed.

Stanley Cup Winner – Who to Choose
If you’re a fan, you’re probably going to have a few dollars on your own team. However, the shrewd ones amongst us will have done their research and potentially backed who they think will win the Stanley Cup regardless of what they want to happen in their heart. Ok, take this example. You’re a Carolina Hurricanes fan. You’ve made the playoffs. Great. Are they really going to go all the way? Probably not. As a fan, you might bet on them at decent odds, but realistically you’ve probably picked out another team to win it as your side have been paired up with the Capitals in round one.

Trends and Tradition – Keep an Eye Out
When you look at other major sports leagues, playoff upsets are pretty rare, but they do happen. The NHL playoffs are the complete opposite. Playoff shocks are fairly common.

A side may win the Presidents’ Trophy, but that doesn’t give you a free pass to the final. Far from it. You might have to play a side with a better defense than you or a side who has a better goaltender. The playoffs are often full of surprises every season.

If you’re backing a Canadian team, you’re probably going to be out of luck. Why? Well, looking back at the history books, you have to go way back to 1993 to find the last time a side from Canada went all the way and won the Stanley Cup. Montreal Canadians were the side who accomplished that feat. However, the Canadian teams are always in with a chance. Only twice in the history of the NHL have no teams from Canada qualified for the postseason.

One tradition that’s loved by players and fans to this day is the growing of beards. Although not as popular as back in the 80s, there are still plenty of fans and players who do not shave until their side has been knocked out of the playoffs.

A Final Thought
Whether you take notice of any historical stats or not, it’s well worth doing a little bit of research before backing a side to go all the way and win the Stanley Cup. As mentioned, there are trends to keep an eye on, but with upsets left, right, and centre almost every year, can anyone really be that sure as to who will win? Tampa Bay Lightning fans certainly hoped it would be their year, but whatever you’re backing and whoever you’ve backed in your daily fantasy sports games, good luck to you.