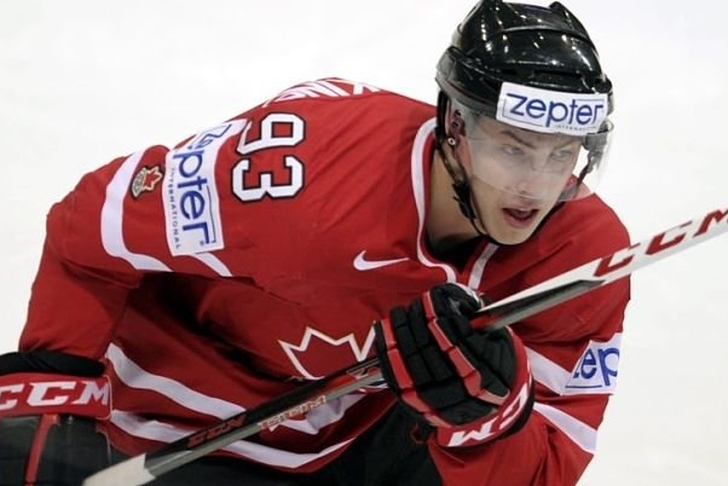 For 37 players from the OHL, CHL, QMHJL, WHL and AHL they took the first step in their dream of wearing red and white with the maple leaf on their chest representing their country, when they got invited to the 2013 Team Canada World Junior Selection Camp.

Boston Bruins prospect Dougie Hamilton, Ryan Murphy, Florida Panthers prospect Jonathan Huberdeau, Montreal Canadiens prospect Boone Jenner, Ryan Strome and Winnipeg Jets prospect Mark Scheifele. All players who would be in the NHL if not for the lockout. Setting team Canada up with some solid veterans and talent for the upcoming World Juniors.

Perhaps for the first time since 2005, when Canada last won gold, Canada will go into the tournament with a declared number 1 goaltender; Malcolm Subban. Heading into camp many are saying the starting job is Subban's to lose. In 24 games with the Belleville Bills he's gone 13-7-3 while posting a solid 2.33 GAA and a .931 save percentage. Should Subban be declared the starter, less drama will follow the Canadian boys as they head overseas and they will be able to focus more on scoring goals instead of worrying about weak or questionable goals. In the past you could see the intensity of the players who would immediately head to the defencive end to help stop their opponents as they didn't trust their goalies.

But with Subban between the pipes and Hamilton flanking the blue line, offence will be the most important thing for this years boys wearing the red and white. Offence has always been a key to the World Junior Championships. The high flying Russians always know how to score goals and add some interest to the game and the Americans aren't afraid to burry the puck either. In order to win the Championship you must outscore your opponents, something Canada has not been able to do.

Due to the uncertainty around the NHL, team Canada decided to invite 37 players to camp instead of the usual 28. Having the extra players around will showcase more skill

but will make it more difficult to set the final roster. The expanded roster gives Nathan MacKinnon and Jonathan Drouin of the Halifax Mooseheads a chance to earn a spot on the team. All be it a slim chance as 17 year-olds, they'll have an opportunity to compete with the older players and earn some valuable experience for their future careers. But because of the lockout and the extra players trickling down from the NHL, players like Hunter Shinkaruk, Cody Ceci, Stuart Percy, Slater Koekkoek and Max Domi were left without invites to camp.

31 of the 37 players invited to camp were drafted in either 2011 or 2012 and 13 of them were first round draft picks. Canada has arguably one of the deepest pools to pick players from and sometimes great players fall on the wrong side of the cookie cutter as there is just so much talent to chose from. With the extra skill stuck in the minors Canada may be icing their best team since the 2005 gold medal winning team during the last lockout. But before Canadiens get their hopes up too high, let's remember both the Americans and Russians will also benefit and be given some exceptional young talent.

All in all it promises to be a interesting tournament in Russia, where the best of the best in junior hockey square off to see which nation can win it all and claim bragging rights. It's a chance for players to improve their draft rankings, earn invaluable experience and most importantly represent their country while playing the game they love.