After submitting a new proposal and gaining absolutely no traction whatsoever, the NHLPA is now considering decertification as the next option. While this sounds absolutely horrendous, it could help get a season underway sooner rather than later.

What is decertification, you ask? It's a really complicated process that I didn't know even the slightest detail about until very recently. Let's go over the questions I'm assuming you have.

1) What exactly does decertification mean?

Basically what this means is that the Players' Union would no longer exist. Simple? No, not really. To begin, the players have to petition within the Union to decertify. Once 33% of players petition to decertify, it goes to a vote within the Union. If the majority vote is in favor of decertification, then the paperwork is filed with the National Labor Relations Board. One the NLRB approves the paperwork, the Union ceases to exist.

2) Why would the players do such a thing?

Well right now, since there's a Players' Union, the CBA dictates how negotiations for a new agreement are to take place. If there is no Union, however, the courts could be forced to rewrite a new CBA. On top of that, because the NHLPA would no longer exist, the league would then face the threat of antitrust lawsuits. Assuming it got this far into the courts, the NHL would have a hell of a time disputing that they're a monopoly. Also, by doing this, the players would be hoping the owners give in and scramble to get a new CBA in place before the case was brought before a judge. To compare to a previous event, this exact same thing happened last year with the NFL lockout. The downside is that the NHLPA would then completely lose the PR battle and the owners take the move as a big old pimp slap to the face, which could take away all concessions they've made so far in negotiations. 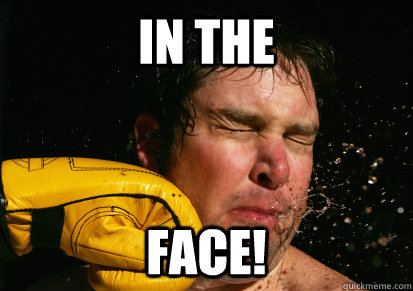 3) Why can't the players just sue the NHL right now under antitrust laws?

Seeing as the CBA protects the league from lawsuits of this nature, the players would be screwed if they even tried that without decertifying.

4) What can the owners do if the players decertify?

To start off, the league would challenge the decertification and argue that it is just a big old sham. They'd argue that a CBA still continues with the players and the league and the whole decertification thing is just the Players' Union masquerading to get a new CBA that's extremely lopsided in their favor. However, when the NFL tried that whole shindig last year, they were laughed at and the courts ruled in favor of the players. So this whole process would basically rule the lockout as illegal.

5) Where would the players file a lawsuit?

They'd have to file in one of the circuits. The firs thing they would do is ask for the lockout to be lifted. If they were smart, they'd avoid filing in the eighth circuit as judges there would likely say no based on the Brady Decision. They'd probably file in the Ninth Circuit, which partly handles cases from California and is known to be more progressive and player friendly. However, if the NHL decides to preemptively file a lawsuit against the players (if they feel the threat of litigation is real), this would make it pretty damn hard for the players to get the case heard in the Ninth Circuit, as the league would try for a circuit that both sides are connected to, likely the Second Circuit which has a history of being more owner friendly.

6) If the players do decertify, does that mean the season is officially over?

No, it doesn't, but it doesn't exactly help expedite things. Decrtification isn't just something a fairy can wave its magic wand at and make it happen overnight, as it can take up to 45 days. After that, you have all the lawsuits being filed, which also takes a while. Judges will only expedite these processes if they're in a hockey pool. Right now, though, the players are hoping that the simple threat of decertification makes the owners cave and get a deal done quickly.

Is your head spinning? Good, it should be. Mine did too the first few times I did all of this research.

Right now, the hope is that things will get settled in the short term. There's more areas of compromise than there were previously, but there's still a pretty big gap between the two sides. Luckily, this isn't 2004 when the league's business was broken up with something like 73% of league revenue going to the players. It's more difficult for the league to get the fans on its side now that they aren't trying to revamp the business model and they're grappling with the players over league revenue. If they're smart (which I don't think Bettman, Daly, and Fehr really are), they'll settle in the near future and save what's left of the fan base.