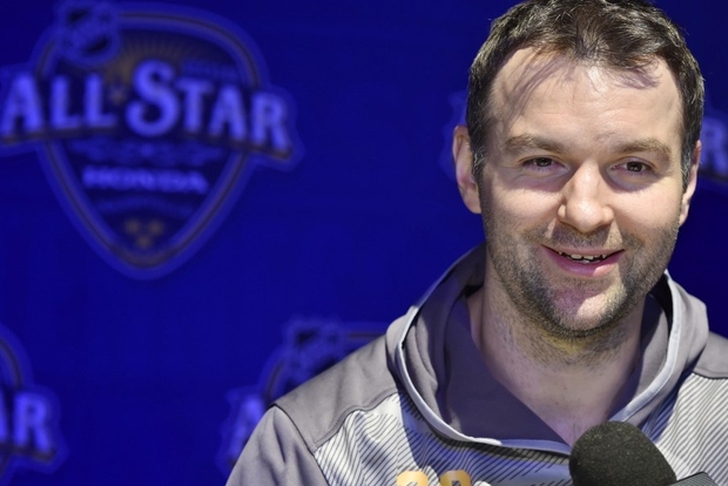 The NHL debuted an entirely new format for Sunday's 2016 NHL All-Star Game in Nashville, with four different teams hailing from each league division vying for Eastern and Western Conference "championships," before the two victorious divisions squared off in a final round for all the marbles.

The semifinal matchups were as follows: Atlantic vs. Metropolitan (Eastern), Pacific vs. Central (Western). The prize for the ultimate winners? $1 million, or approximately $90,000 for each member of the victorious team.

Each game was a 20-minute sprint (with two ten-minute halves) in the format of this year's 3-on-3 overtime change, with all of the available All-Stars cycling in for their respective divisions.

Superstars Alex Ovechkin and Jonathan Toews were not present for this year's All-Star festivities, but there was still a load of marquee talent to watch in what was a fantastic showcase for the game in the Music City.

The NHL's grand All-Star Game experiment started with a bang in one of the most entertaining stretches of All-Star play we've seen in a long time.

Both the Atlantic and the Metropolitan traded breakaways in the first half, with some nifty saves by Florida's Roberto Luongo and Washington's Braden Holtby. However, the teams still traded off scores to end the first period tied at two, with a smooth Jaromir Jagr snap shot capping the scoring in the first.

Things tightened up a bit in the second half, but it was Detroit's Dylan Larkin who proved the difference for the Atlantic. The 19-year-old breakout star, who won the NHL's Fastest Skater competition last night, assisted on both of the Atlantic's first-period goals.

He picked up helped #3 on the game winner in this one, breaking a 3-3 tie with a gorgeous pass to Montreal's PK Subban. Subban nailed the in-close one-timer at 15:22 for the difference maker in the Atlantic's 4-3 win.

Compared to this one, Game #1 was the equivalent of a 0-0 regular-season tie heading to a shootout.

Including a stretch of six goals over three minutes in the second half, the Pacific and Central lit up the lamp for 15 overall goals in the Pacific's 9-6 win -- over double the total of the Atlantic/Metropolitan showdown (7).

The big story in this one was John Scott -- the fourth liner turned fan favorite who's scored just five goals in 285 career games. After a Yahoo! Sports podcast and Reddit campaign led to him being voted the Pacific Division's captain, the former Arizona Coyote (and current member of the Montreal Canadiens' farm system) made good in the spotlight.

Scott scored two goals, got into a fake (and hilarious) scrap with former teammate Patrick Kane, and keyed the momentum for a Pacific side that blew a 3-3 halftime tie open with six goals in the second -- five of those against an overmatched Devan Dubnyk of the Minnesota Wild.

If you think $1 million is chump change to professional hockey players, think again.

The Pacific and Atlantic sides turned up the intensity in the first half in a way unheard of in recent All-Star Games, as the wide-open style of the first two games gave way to more measured chances and some world-class goaltending. Neither team scored in the first ten minutes, as Los Angeles' Jonathan Quick and Florida's Roberto Luongo put on a clinic in stopping open-ice breaks and split-second one-timers.

The Pacific side finally opened the scoring in the mid-second, with a precision pass by Vancouver's Daniel Sedin leading to a pretty finish by Anaheim's Corey Perry. Perry appeared to pick up a second tally, but Edmonton's Taylor Hall clearly interfered with Tampa's Ben Bishop on further review -- keeping the game at 1-0.

Perry's teammate, rookie John Gibson, would pick him up, though. Gibson made a couple of clutch saves, and got lucky on a wide redirect to maintain the Pacific lead all the way until the end. With the win, $90,000+ lands in the pocket of every Pacific player -- including captain and game MVP John Scott.