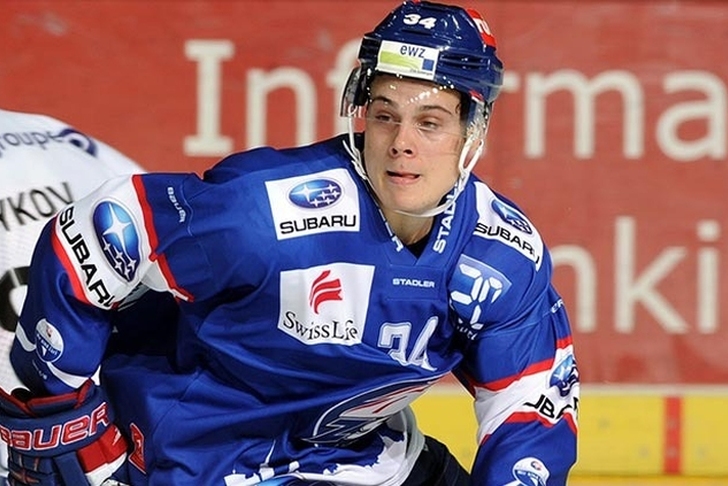 We've hit the final stretch of the NHL regular season with less than two weeks remaining before the playoffs start, but for a large amount of teams across the league, they have no chance of making the postseason. That means they've turned their attention to the offseason and the draft, hoping to win the lottery and land one of the top prospects in a loaded draft class. Here are the 11 players who are expected to be drafted at the top of the draft:

Fabbro is an offensive-minded defenseman that has an excellent understanding of the game and likes to push up the ice to play at a fast pace. His shot is equally powerful and accurate. Defensively, he has a very active stick and is excellent at creating turnovers, but isn't the most physical player in the world.

Bean is another very smart defenseman who loves to carry the puck up the ice, and almost always makes good decisions with the puck. Always seems to find himself in good position, using his body to limit lanes for the opponent.

The Russian isn't your typical European defenseman - he loves to be physical and isn't afraid to punish attacking players for entering the zone. His shot from the blue line is extremely heavy and is an above-average playmaker on the offensive end. Juoleve is a tremendous skater who is one of the fastest players in this draft skating both forwards and backwards. Like Fabbro, he's a very offensive-minded defenseman, but his a much, much better playmaker through both is passing ability and vision. However, like most offensive d-men, he does struggle with physical forwards at times. Dubois projects to develop into one of the NHL's best two-way wingers. He's not the fastest, but his has an extremely high hockey IQ and doesn't try to do anything outside of his skill set. Simply put, and excellent all-around player with no real weaknesses.

The brother of Toronto's 2014 first-round pick William Nylander (No. 8 overall), Alexander is a true speedster with a shot that is both accurate and powerful. His excellent stickhandling ability, combined with that speed, allow him to simply shred defenses all by himself - which is often great, but sometimes gets him into trouble. A big, solid defenseman at 6'2" and 215 lbs, can do seemingly everything on the ice. He's physical enough to win most battles and unleash a few big hits, but he's also fast and skilled enough to skate around an opponent. Possesses excellent quickness and is easily the best two-way defender in the draft. The son of former NHLer Keith Tkachuk, Matthew has been labled as "the complete package." He's developed an outstanding hockey IQ after being around the NHL for most of his life, and he doesn't have any noticable weakness. Tkachuk is a powerful skater, smart decision maker, accurate shot, but most impressively, might be the best passer in the draft.

A big 6'3" body with plenty of room to add muscle on his 200-pound frame, Puljujarvi possesses a rare combination of power and speed. His impressive first step allows him to turn defense into offense in the blink of an eye, but also lets him stop attacking oppounities before they happen. Bigger than Puljujarvi at 6'4" and 205 lbs, Laine is a true power winger that has future superstar written all over him. He has a lethal wrist shot and seems to be most physically mature than almost any other prospect, giving him the ability to make an impact for an NHL team almost immediately.

Speaking of future superstar, Matthews has franchise-changer written all over him. Not only does he have excellent size and strength at 6'2" and 200 lbs, Matthews possesses vision and passing ability that comes around once in a generation. It's also nearly impossible to take the puck from him, and with his off-the-charts decision making, he racks up points in bunches.