You Won't Believe What Caused A Failed NFL Drug Test 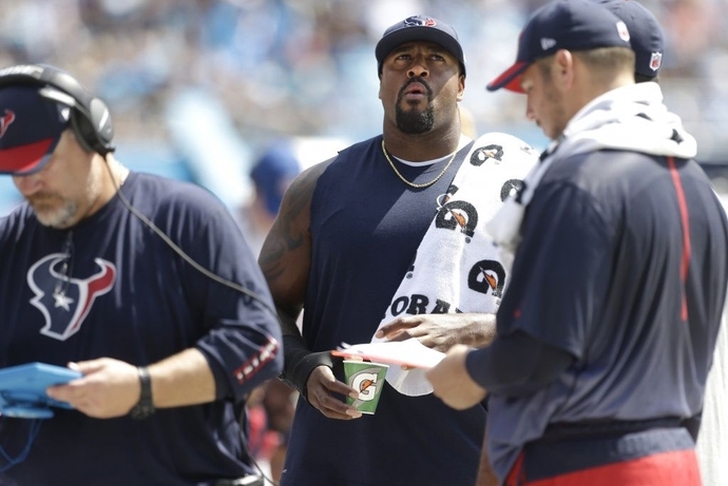 The NFL has a serious beef on its hands. Specifically, that beef produced in certain foreign countries might lead to a failed league-administered drug test.

Houston Texans left tackle Duane Brown was set to be suspended 10 games after testing positive for Clenbuterol, a muscle-building and weight-loss stimulant, until it was discovered that eating too much beef while in Mexico put the anabolic substance in his body. Cattle ranchers are banned from using Clenbuterol in Mexico, but it is reportedly still in widespread use.

The NFL Players Association sent out a memo to all of its players warning them of the danger of eating meat produced in Mexico and China, and several players -- including Arizona Cardinals star Patrick Peterson, responded in kind:

This issue will pose a dietary challenge to the Texans and Raiders, who are scheduled to meet Nov. 21 in Mexico City in one of the NFL's international games. Better lay off the street tacos, fellas.