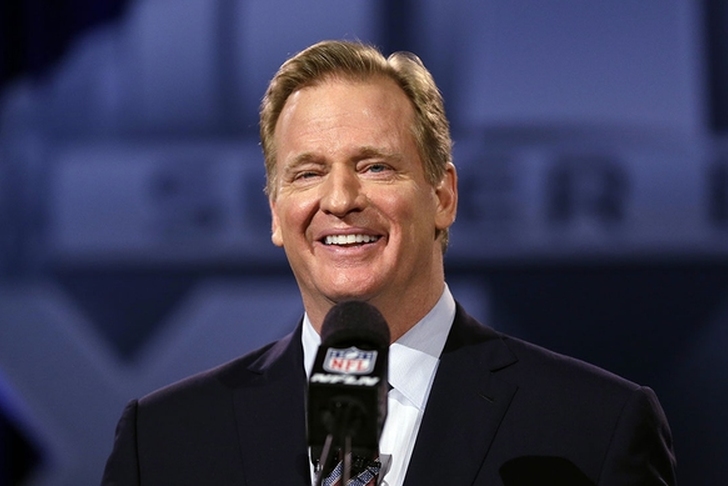 Roger Goodell is often criticized for turning the NFL into the "No Fun League." Well, it turns out the NFL Commissioner also has a softer side. A softer, gooeyer, chocaltey side.

After the mother of Ohio State cornerback Eli Apple -- who went No. 10 overall to the New York Giants -- criticized the NFL for not providing desserts in the league's welcome reception to its latest batch of draftees, Goodell made sure to send her a package of brownies to make up for the oversight.

"There was a wonderful welcome reception for the family, though whomever planned the event forgot to include desserts," wrote Annie Apple in a Sports Illustrated feature. "This is what happens when skinny women rule the world: they forget the chocolate. Clearly the commissioner owes me a brownie."

Rather than take offense to the feedback, Goodell gave Mrs. Apple exactly what she asked for.

"Just a head's up to be on the look out for a delivery of brownies today," NFL spokesman Brian McCarthy wrote in an email to Apple's parents. "The Commissioner was aware of Annie's disappointment in the lack of desserts at the Draft in Chicago and wanted to make up for it."

While it's a nice early Mother's Day present from the commish, it is a bit odd given his reputation. Either way, Mrs. Apple can rest easy knowing Goodell will include desserts in future NFL events.