Will Super Bowl LII Be Affected by the 'Madden Curse'? 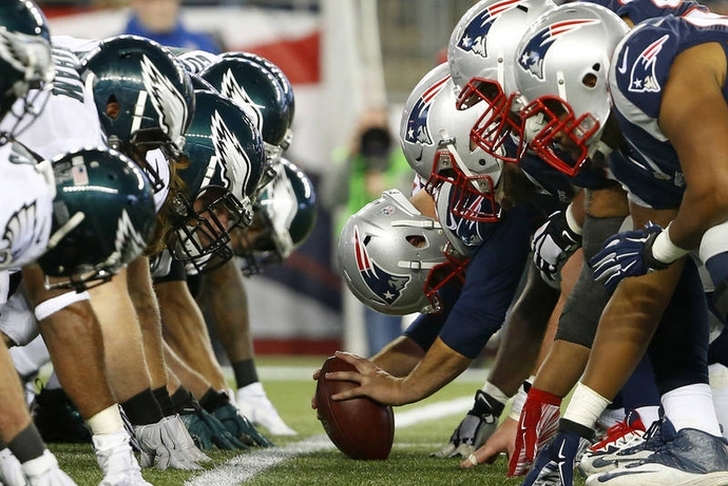 Super Bowl LII is so close you can taste the guacamole, dipping chips with Tostitos salsa … I'm even already trying to get the buffalo sauce off my fingers.

I don't want to take the wind out of anybody's sails … but seer of all seers when it comes to NFL football has spoken. Yes, folks, we know who the winner is. How? Because Madden has spoken. Madden 18 has predicted a 24-20 New England Patriots victory in a back-and-forth game.

With under two minutes left in the game, Dion Lewis fumbles the ball just on the Eagles' side of mid-field giving Foles and the Philadelphia Eagles offense one more shot at marching the ball down the field, to score. And in the final seconds, Foles launches down the field to Alshon Jeffery … but it's knocked away by Cyrus Jones and the Patriots win 24-20!

Two eerie things about this are that this is quite similar to how Super Bowl 39 played out and it's also right on par with the current betting lines available in Las Vegas and online outlets. You can find the lines for Super Bowl prop bets at SBR – plus tons of entertainment props — and many books are already down to exactly this number … a 4-point spread. This is significant because the Patriots opened up as 6-point favorites on the Sunday evening after the AFC and NFC Championship games played out. By late Monday morning, the lines were already at 5. By Monday night, the public had pushed the Eagles up to just 4.5-point dogs. At this rate, it could get down to a field goal, but I think once Rob Gronkowski is cleared to play, we'll see the line move at least a point in the other direction.

So, what gives? It's been a long while since the Cowboys were 'America's Team'. The Pats have pretty much taken that over … they are the most consistent publicly bet side in the NFL for some time now. This will be the first time since their trip to the Super Bowl (and loss) against the NY Giants that the majority of the United States is actually going against the Patriots? Is it just because everyone loves an underdog? If that was the case, the people would have leaned heavier on the Falcons in Super Bowl LI. It must have something to do with the 'Rocky' thing and the city of Philadelphia itself … and I have to admit, as interesting as it would be to see the same QB, Coach, Franchise combo snag up six Super Bowl rings … setting a precedent for years to come, possibly an unbreakable record. It would be just as cool to see the Philadelphia Eagles take down the Walmart of football teams.

The one thing I fear for the Philadelphia Eagles and their fans is the fact that they have been quite a bit more 'vocal' than the Patriots squad. It isn’t always true, but often, the guy –or team—talking smack is the one that ends up getting smacked in the lips and ends up walking away with a little sack full of crushed ice held to their face.

That said, I do think this is going to be one great Super Bowl. The Patriots have been put against the ropes a few times this season and the Eagles with their top-four defense definitely have the capability of putting Brady and the Patriots offense in tough situations. And despite the vocal nature of the Eagles lust for revenge, it is exactly that … They really want some revenge on Tom and Bill for that Super Bowl 39 loss and they know that the town of Philadelphia needs this. We are going to see a tight game. A back-and-forth that I believe ends in just a 3-point margin of victory. But is Madden '18 correct on the winner? I'm really not sure. Brady is on the cover, so will the curse rear its ugly head early? I think you could flip a coin on this one because both of these teams are dangerous!