Who Will Sign Josh Norman? Here Are 5 Possible Landing Spots For The Cornerback 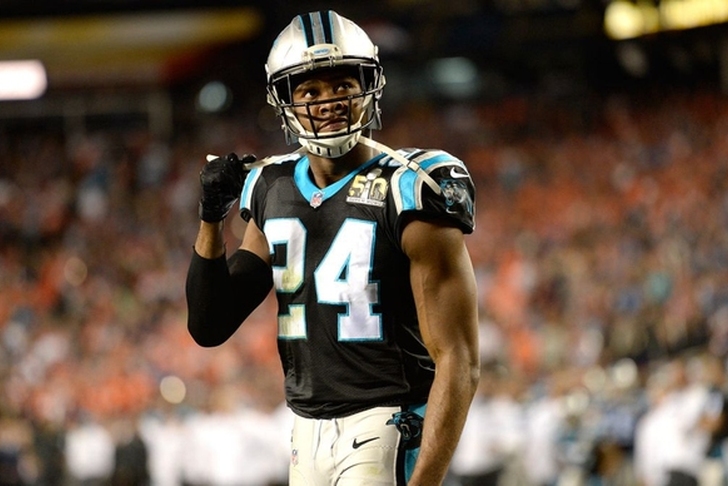 In a stunning move, the Carolina Panthers pulled the franchise tag off CB Josh Norman, making him an unrestricted free agent. One of the top free agents in this year's class, Norman hitting the open market just over a week before the draft was a complete shock. Now he's a free agent, the question surrounding the NFL is which team will sign Josh Norman?

Norman reportedly wants $16 million per year, a figure that would eliminate most NFL teams, especially since Norman is already 28 years old. At this point, even cutting players and restructuring deals wouldn't give most teams the cap space to sign Norman. With teams also needing to sign rookies, any team without at least $20 million in cap space likely won't go after Norman at that price tag. That leaves only a few teams.

Don't rule out a return to Carolina for Norman either. The Panthers still have the cap space to sign him, and if he comes down on his price tag, he could still play for the team that drafted him in 2012. With that in mind, here 5 teams that could sign Josh Norman.

Honorable Mention: Oakland Raiders
The Raiders have just $12 million in cap space, which hurts their chances to land Norman. They signed Sean Smith, but don't rule out them at least trying to land Norman. He wants to play in California, and the Raiders would love to land him. If Norman's price drops, the Raiders could very well be in the mix.

5. Tennessee Titans
The Titans have $28 million in cap space, more than enough to add Norman. They also have a big need at CB, where Jason McCourty is the only passable starter, and he's coming off an injury. Working against the Titans is that Norman might not want to play for a rebuilding team.

4. Cleveland Browns
The Browns are in a similar position as the Titans, although they at have $38 million in cap space. Joe Haden missed most of last season, hasn't played in all 16 games since his rookie year. The rest of the CB depth is a major question mark. Tramon Williams is better as No. 3 CB, Pierre Desir has yet to prove himself and Justin Gilbert is looking like a bust. Norman might not want to play for a rebuilding team and the Browns might not want to lose out on the likely compensatory picks they'll get for letting other free agents walk.

3. Chicago Bears
The Bears have already invested plenty of money on their defense, but they could still add Norman. With $22 million in cap space, the Bears can afford to add Norman. He'd fill a need at CB, where the Bears really only have Kyle Fuller and Tracy Porter. Norman would be a massive upgrade, and could help the Bears contend in the NFC North.

NEXT: Download the Chat Sports App for more on Josh Norman and his free agency

2. Jacksonville Jaguars
The Jaguars spent plenty of money this offseason, and still have a whopping $54 million in cap space. They can easily sign Norman, assuming he wants to play in Jacksonville. The team is on the rise, especially on offense, and the addition of Norman would be a big boost to the defense. The team added Prince Amukamara this offseason, but Norman would be the best corner on the roster by far. Aaron Colvin, Davon House and Dwayne Gratz aren't bad, but they simply aren't as talented as Norman.