Who are the best linebackers for the 2017 draft? 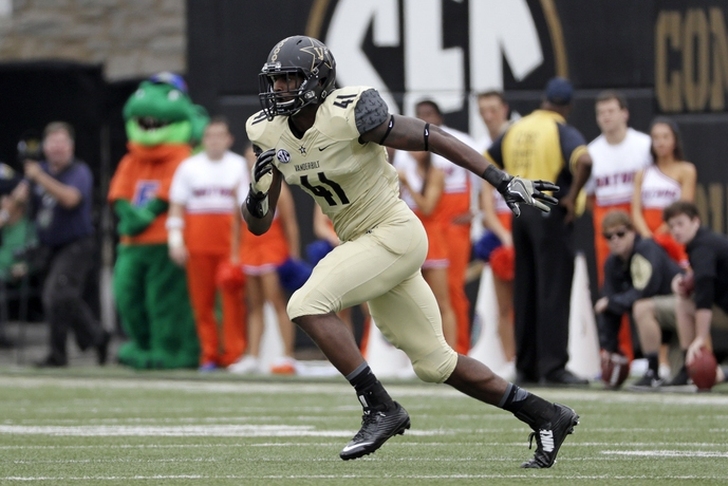 Without doubt playing linebacker in the NFL is one of the toughest jobs in sport so it’s time to see which 10 college stars are the best heading into the 2017 NFL Draft.

Tennessee’s Jalen Reeves-Maybin
Undoubtedly a talent but his injury problems might prevent professional teams from making a move. He has struggled with shoulder issues and it is the type of injury from which there will be no hiding in the NFL. When fit, he is a real asset but keeping the 22-year-old healthy will be key.

Ohio State's Raekwon McMillan
A versatile player who could do a job in the professional ranks. It is true that the youngster has aspects of his game that need improving, but at only 20 years of age, he lines up as a solid choice for the draft, particularly with the number of free bet promotions on offer throughout February. I expect good coaches to see the potential there and opt for him in the coming months.

LSU’s Kendell Beckwith
Another who could feature in this year’s draft. Built more in the style of a traditional middle linebacker, the tough-tackling ace is not the quickest player on any defense but could stop a charging bull – a trait that many coaches still cherish.

Florida's Jarrad Davis
Has the all-around game to make it in the pro ranks as he is good against the run and pass, while possessing a crunching tackle. Like many of his peers, he is far from the finished article but it would be no surprise to see him snapped up early in the draft.

Alabama's Reuben Foster
Widely considered the best LB in this draft, has been turning heads with his displays at the heart of the defense and look set to have a big career in the NFL – fitness permitting. The youngster has had shoulder issues but, once on the pitch, he is the type of dynamic player that coaches dream of and one that can make a real impact during a game.

Vanderbilt’s Zach Cunningham
Starred for his college for three years and seems ready to step up to the big league. The giant 240-pound star might be exposed against fast backs or wide receivers but he has so much going for him that he cannot be ignored.

Alabama’s Ryan Anderson
Likely to have to adapt his game to make it in the NFL but has the ability to do so. He may well be drafted as a middle linebacker despite playing his college ball on the outside and will be a solid tackler down the center.

Northwestern's Anthony Walker
Suffered due to the requirements of his college. He had to bulk up to play in the middle but his coverage downfield suffered accordingly. That is the dilemma for a potential NFL side – which type of Walker do they want? However, he is known as an intelligent man who could surely adapt to his surroundings.

Florida's Alex Anzalone
Could be good but that is the key word – ‘could’. He has suffered with too many injuries and did not even reach the 20-game mark in four years at Florida. It would mean an NFL team taking a flyer but surely he is good enough to reward that gamble.

Temple’s Haason Reddick
May need to adapt his game from his college days to make it as a pro. Used primarily as a pass-rusher, his speed will see the 22-year-old New Jersey-born star operate more in the backfield.