Which Running Back Will Have A Better Career - Le'Veon Bell Or Ezekiel Elliott? 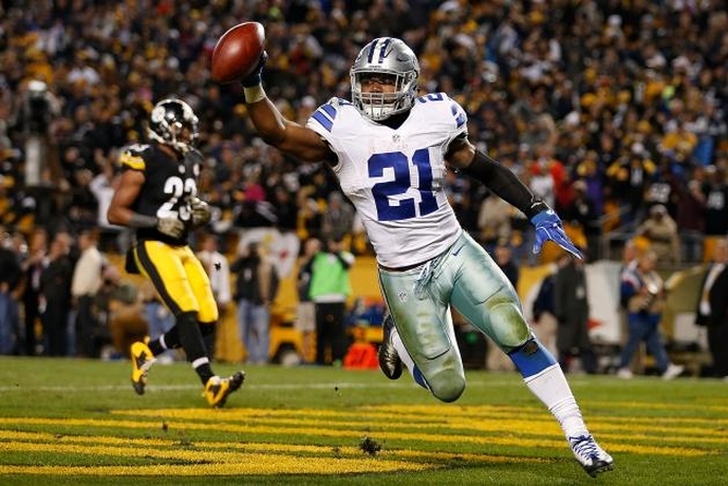 After the running back position was devalued for several years, two of the game's biggest stars - and two of this season's MVP candidates - play the position. Pittsburgh Steelers running back Le'Veon Bell is one of the most versatile threats in the entire league and can line up in the backfield, in the slot, or split out at wide receiver. Dallas Cowboys running back Ezekiel Elliott will likely win the NFL rushing title as a rookie, and could break Eric Dickerson's rookie rushing record.

The best news for NFL fans is that both players are still just starting what should be illustrious careers. Bell is in his fourth season with Elliott in his first, with both figuring to dominate the position for the better part of the next decade. You can debate about which player has been the best this season, but which player will have put forth the best career when all is said and done?

The Case For Bell: Bell is unlike any weapon the NFL has seen before. He's the most patient runner in the league, which has allowed him to average at least 4.7 yards per carry each of the last three seasons and gain 4,000 yards on the ground so far in his career. On top of that, he has caught at least 45 passes in three of his four seasons - including 70+ twice. When all is said and done, Bell will likely be the best receiving back of all time while joining the 29 other players who have rushed over over 10,000 yards in their career (and he could well surpass that number).

The Case Against Bell: He can't stay healthy or out of trouble. Bell has already been suspended twice for violating the league's substance abuse policy and had each of the last two seasons cut short due to knee injuries (he played in just six games last year). There is no doubting what Bell can do when he's actually on the field - the only doubt is if he can stay on it. And at some point, those knee injuries may limit him.

The Case For Elliott: In just 14 career games, Elliott has already proven himself to be a legitimate MVP candidate. Behind Dallas' offensive line, Elliott has picked up 1,551 yards and 13 touchdowns - along with catching 31 passes for 351 yards and another touchdown. He has showcased excellent vision and above-average speed to go along with a strong, physical running style. Elliott has all of the pure skill and tools you look for in a superstar back, and he has a chance for continued success because of the dominant offensive line in front of him (which will stay in tact for the foreseeable future).

The Case Against Elliott: Workload. We know that 99 percent of running backs have a short shelf life, and when they lose it, they really lose it. The Cowboys have already ridden him to the tune of 310 carries this year - after the 562 carries he got during his last two years at Ohio State. Based on history, all of that has hurt Elliott's chances of having a longstanding successful career. There's also the ongoing domestic violence investigation against him.

Verdict: Elliott will have the better career. Both players have some off-field downside, but Elliott looks like he's well on his way to being one of the best running backs to ever play the game. He can put himself in the history books after just one season by breaking Dickerson's rookie record (which he is 257 yards from breaking), and that likely won't be the only time. Elliott also has the better offensive line in front of him and a team that places a bigger emphasis on running the football.

Both look like they're on their way to potential Hall of Fame careers, but Elliott will have the better career.