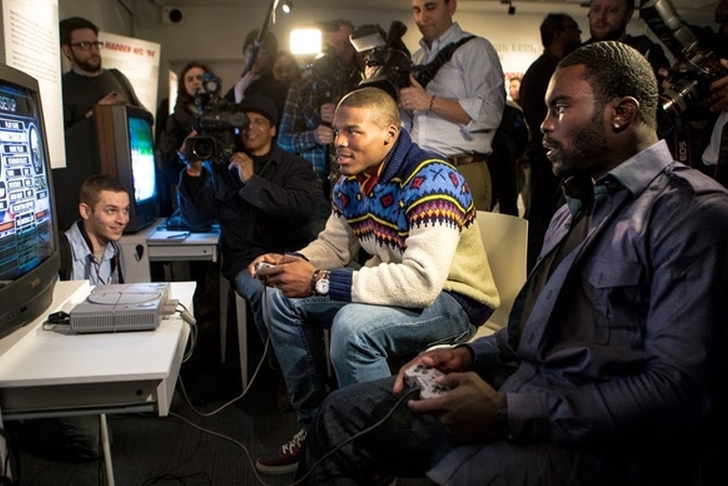 While most football fans will be busy watching the latest developments in the 2018 draft, it’s always interesting to see what our favorite stars are up to. While legends like Tom Brady have been busy partying in Monaco at the Formula One motor racing event, some NFL players have probably been relaxing with a few video games.

Unsurprisingly, there’s plenty of debate amongst football players regarding their ratings on the Madden game. But we’ve seen plenty of evidence that Seattle Seahawks wide receiver, Doug Baldwin, and Arizona Cardinals corner back, Patrick Peterson, are also pretty impressive at playing this sports simulator.

Of course, some players like to find video games that give them some space away from the gridiron action. Whilst the ex-San Francisco 49ers star, Aldon Smith, has had a checkered history, we should have noticed he always had a wild side when you consider that he spent hours playing first-person shooters like Call of Duty.

Similarly, the Green Bay Packers' bad boy, Ahman Green, is a massive fan of everything from Overwatch to Gears of War. And whilst Ricky Lumpkin never made a big impression at the Oakland Raiders, he regularly streamed his Counter Strike Global Offensive sessions, although you probably won’t see odds for him at the Counter Strike Betting website.

Some football stars like to go one step further. Take Rodger Saffold who is well-known for being a massive fan of games like Call of Duty, and even co-founded the esports team, Rise Nation. Perhaps Saffold could give the Jacksonville Jaguars running back, Maurice Jones-Drew, a new career as Jones-Drew spends marathon eight-hour gaming sessions on the first-person shooter.

The Cincinnati Bengals' wide receiver, Chad Johnson, was another massive Call of Duty fan and his epic gaming sessions even delayed his marriage proposal. However, he also sought to mix it up every now and then by playing a few rounds of the FIFA soccer game.

While Dez Bryant is currently trying to find a team, it seems that he’s also keen to pass the time by playing Call of Duty. And although the punter, Chris Kluwe, has since retired from football, he’s been keeping busy by playing a massive variety of games that range from World of Warcraft to Guitar Hero.

So although you might think that your favorite NFL stars are resting in the off-season, it seems that video games are keeping them pretty busy.