What's Next For Roddy White? Here Are 5 Teams That Could Sign The Recently Released WR 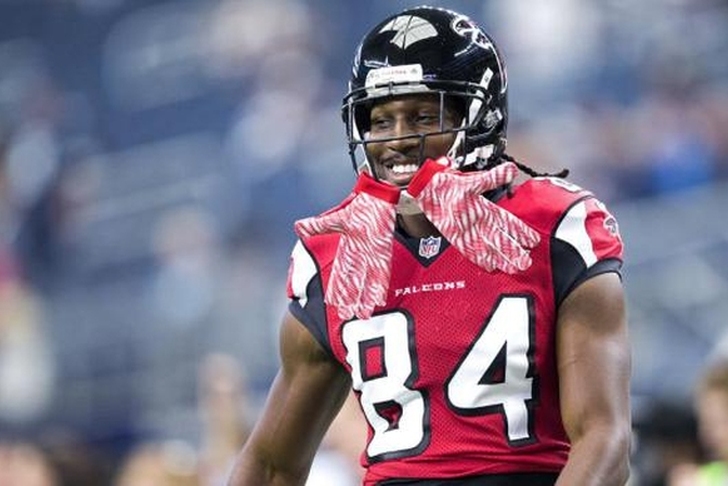 The Atlanta Falcons made the decision to cut star wide receiver Roddy White after 11 seasons with the team, immediately making him perhaps the most prized wideout on the free agency market. White's first priority will be to sign with a contending team in hopes of getting an elusive Super Bowl, but he also believes he has a lot left in the tank and wants to go somewhere he can play as well. With that in mind, here are five teams that are the most likely to sign him:

Carolina Panthers
The Panthers are desperately looking for wide receiver help, and White could be a solid addition while also providing veteran leadership for Kelvin Benjamin and Devin Funchess. He may not be able to stretch the field deep anymore, but White should be a reliable threat in the middle of the field, something the team lacked outside of Greg Olsen last season. Joining Carolina would give him a chance to chase a Super Bowl title, while facing the Falcons twice a year.

Seattle Seahawks
It's no secret that the Seahawks have been looking to upgrade their wide receiver position to help quarterback Russell Wilson, especially with Jermaine Kearse expected to leave the team in free agency. With Doug Baldwin lining up on the outside and Tyler Lockett in the slot, Seattle is looking to find another outside guy - and adding White would suddenly turn them into one of the league's most dangerous passing attacks.

New England Patriots
Julian Edelman and Danny Amendola played well last season, but both battled injuries. Neither is a true boundary weapon, and Brandon LaFell and Keshawn Martin aren't the answers either. White could step right in and immediately be Tom Brady's go-to threat on the outside, adding yet another weapon to New England's explosive offense.

Kansas City Chiefs
The Chiefs have Jeremy Maclin and Travis Kelce on the roster, but need more weapons in the passing game. White could play a key role as a big slot WR, something the team doesn't have. He won't stretch the field deep, but that's not the Chiefs' playing style anyway. He would be a great fit in Kansas City, if they have the money to sign him.

Baltimore Ravens
The Ravens are another team that really needs to upgrade their weapons around Joe Flacco, and White would be the perfect complement o Steve Smith Sr. and Breshad Perriman, last year's first-round pick. Baltimore seems to be in win-now mode despite having a young roster, and adding White would certainly help them to that.