What's Next For Marques Colston? Here Are 4 Teams That Could Sign The Recently Released WR 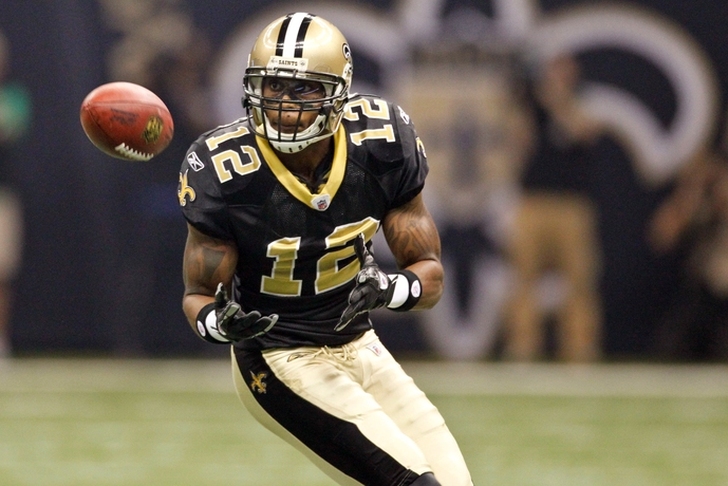 In an expected move, the New Orleans Saints officially released WR Marques Colston Monday. Colston had regressed in recent seasons, and the move saved the Saints $3.2 million in cap space. Colston can still play, but he simply wasn't worth that amount of money for the cap-strapped Saints. It wasn't an easy move for New Orleans, as Colston is the team's career leader in receptions, yards and touchdowns.

Colston will get another shot in the NFL, although he'll turn 33 this summer. It shouldn't cost that much to sign Colston, as his value is down after some less-than-stellar seasons. But what team will add Colston this offseason? He's not the same player he once was, but he can contribute and possibly approach his previous form in a veteran role. With that in mind, here are four teams that could sign Colston.

Carolina Panthers
The Panthers are looking for another WR for Cam Newton, and Colston could be a solid addition. He'll be a great veteran leader for Kelvin Benjamin and Devin Funchess. While Colston won't be able to stretch the field deep, he should be a reliable threat in the middle of the field, something the team lacked outside of Greg Olsen last season. Joining Carolina would give Colston a chance to chase a Super Bowl title as well.

Kansas City Chiefs
The Chiefs have Jeremy Maclin and Travis Kelce on the roster, but need more weapons in the passing game. Colston could play a key role as a big slot WR, something the team doesn't have. He won't stretch the field deep, but that's not the Chiefs' playing style anyway. Colston would be a great fit in Kansas City, if they have the money to sign him. For more NFL news, download the Chat Sports Android and iPhone app.

New England Patriots
New England might not be the strong fit that many might assume. At this point in his career, Colston is going to work best as a big slot WR. The Patriots already have two gifted slot WRs, although they play a much different game than Colston. While New England needs another big weapon for Tom Brady, the team would prefer someone who can also stretch the field. Where Colston brings value to New England is as a red zone threat. Colston almost has TE size, so perhaps the Patriots could get creative and use Colston as a TE on passing downs.

San Francisco 49ers
The 49ers are likely to lose Anquan Boldin, meaning they'll be in the market for a new possession WR. While the 49ers need younger weapons, Colston could be a strong veteran presence for the team. He'd fit the offense, and he'd play a key role right away. With plenty of cap space, the 49ers could give Colston extra money to help lure him to San Francisco.