What's Next For Arian Foster? Here Are 5 Teams That Could Sign The Recently Released RB 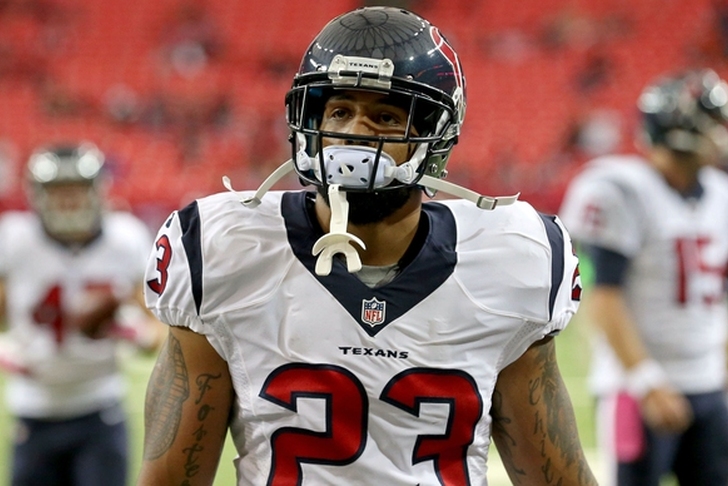 The Houston Texans announced that they will release star running back Arian Foster, who is the franchise's all-time leading rusher, making him perhaps the most high-profile free agent on the market. Foster's first priority will likely be signing with a contender, but he also wants to go somewhere he can play and have an impact. With that in mind, here are the five teams that are the most likely to sign him:

Dallas Cowboys
It's no secret that Dallas has been looking to upgrade their running back position after losing DeMarco Murray in free agency, and Foster could be the answer to their prayers. He's a one-cut runner that would excel in the Cowboys' offensive scheme, and he'd love to run behind Dallas' monstrous offensive line. Foster would also get to split carries with Darren McFadden, something he might be interested in so his body won't take as much of a beating.

Denver Broncos
The defending Super Bowl champs seem to be set in the backfield with C.J. Anderson and Ronnie Hillman, but Foster excelled in Houston under current Broncos head coach Gary Kubiak and his zone blocking scheme. Hillman is a free agent, and pairing Foster with Anderson could suddenly turn the Broncos into one of the league's most dangerous rushing attacks.

New England Patriots
This would be a classic Patriots move. Starter Dion Lewis is more of pass-catching threat than an every down rushing threat, and Foster could step in and fill that role, giving the Patriots a weapon they haven't had in a really long time. LeGarrette Blount is to be a free agent, so bringing in Foster as an up isn't a crazy idea, but he would need to take a team-friendly deal - something Foster has been reluctant to do in the past.

New York Giants
New York has a huge hole in the backfield, and while many think they'll look to the draft and Ohio State running back Ezekiel Elliott to fill it, Foster is certainly an option they'll look at. Both Rashad Jennings and Andre Williams have proven they are far from being featured backs in this league, and they have the money to offer him one of the better contracts he'll likely receive on the open market.

Tennessee Titans
This would be all about a money grab for Foster since the Titans are far from being a contender. Tennessee's backfield is perhaps the worst in the league with their current makeup, giving Foster the opportunity to come in and play right away next to budding young star quarterback Marcus Mariota. He'd also provide the Titans with a much-needed veteran leader, and would get to play the Texans twice a year.