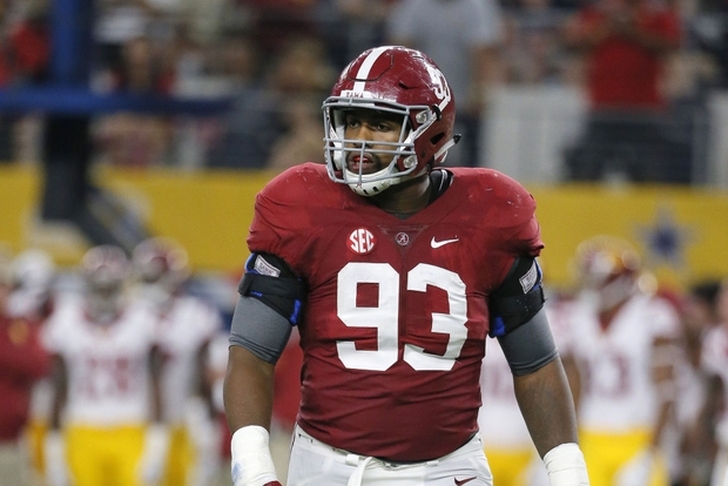 Welcome to the second edition of What's Going Downey, my NFL Draft/NFL focused column for Chat Sports. With the NFL Combine now complete, I spend a good chunk of the column on that. I've got an update on Jonathan Allen's shoulders, as promised. I'll spend a bit of time on free agency, too.

The goal of this is to have a longer piece each week, focused on the NFL Draft. If it does well (read: gets views), it will hopefully remain a weekly article. In terms of content, I’ll have some type interview each week with an athlete/media person, questions I'll answer from social media, updates on my Draft Big Board or a new mock draft and a section I’m calling "Downey’s Dozen." That will consist of 12 things from around the NFL/NFL Draft that I want to discuss. I’ll also conclude with something funny/stupid. Probably the latter.

As you'll find out, I didn't have room for the promised edge rushers as meat/fish. We'll get to that next week, I promise!

Here’s what we have on tap in this column:
My latest Mock Draft (kind of)
Downey’s Dozen (a look at the NFL & NFL Draft)
A Q&A with Kyle Crabbs of NDT Scouting
Q&As from Facebook and Twitter
I Know Takes, I Have The Best Takes

That’s the five section breakdown, and there’s plenty of information in each one. So, my hope is you all enjoy this column and hopefully read it each week. In next week's edition (since this version is written and coming out early in free agency), I'll go much more in-depth with winners, losers and more. We'll get to some free agency stuff, but check out the Chat Sports App for everything you could want. With all that out of the way, let’s get started.

So, I did do a new mock draft Wednesday night as part of a live Chat Sports mock draft show. You can check it out here (plus a recording of that show). Of course, that mock draft has been drastically altered based on what's already happened in free agency. So I've included the link, but I'll focus more on a Combine recap and some of free agency stuff below.