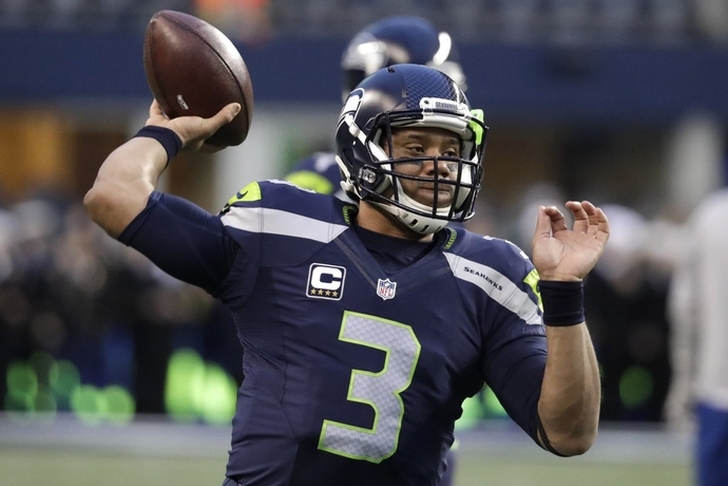 The Seattle Seahawks are heading to Atlanta, thanks to a 26-6 win over the Detroit Lions. The Seahawks used a strong defensive effort and perhaps their best rushing game this season to pick up the win. It was a closer game than the score indicated, with the Seahawks up only 10-6 in the fourth quarter.

Here are three things we learned from the Seahawks' 26-6 win Saturday.

4. Paul Richardson's Breakout Game?
In 2014, the Seattle Seahawks took WR Paul Richardson from Colorado in the second round, ahead of guys like Allen Robinson, Davante Adams and Jarvis Landry. But because of an injury in a playoff game in his rookie year, he barely played in 2015. He showed flashes in both his rookie year and this season and this might have finally been his breakout game. He had only three catches, but one was an acrobatic TD catch (that shouldn't have counted, but still), one was an impressive jump ball he caught and the third was a diving, one-handed snag. With Tyler Lockett hurt, the Seahawks need Richardson to keep playing like this.

3. Lions' Lack Of Ground Game Kills
The Lions were without Ameer Abdullah, Zach Zenner, center Travis Swanson and Riley Reiff. It showed on the ground, as the Lions picked up just 38 yards on 14 carries. That lack of a ground game killed the Lions' offensive chances and Matt Stafford couldn't shoulder the burden against a good Seahawks defense.

2. Seahawks Successfully Commit To Run
Entering the matchup against the Lions, the Seattle ground game was 25th in the NFL, putting up just 99.4 yards per game. Well, the Seahawks rushed for 111 in the first half, with Thomas Rawls picking up 107 of those. That 107 marked a season-high for Rawls, who finished with a Seahawks playoff record of 161 yards. The Seahawks ground game, for one of the first times this year, really stepped up. That's a welcome sign for Seattle going forward.

1. Offensive Line Is Still An Issue
Despite the great day on the ground, there is still reason for concern with the Seahawks' offensive line. Russell Wilson was sacked three times by an average (at best) pass rush and he had to run for his life on several other plays. The offensive line (and the whole team, really) has played better at home than the road this year. What happens when they face the Falcons (and Vic Beasley)? Seattle has the best roster in the NFL outside of the offensive line, but it might prevent them from capturing another Super Bowl.