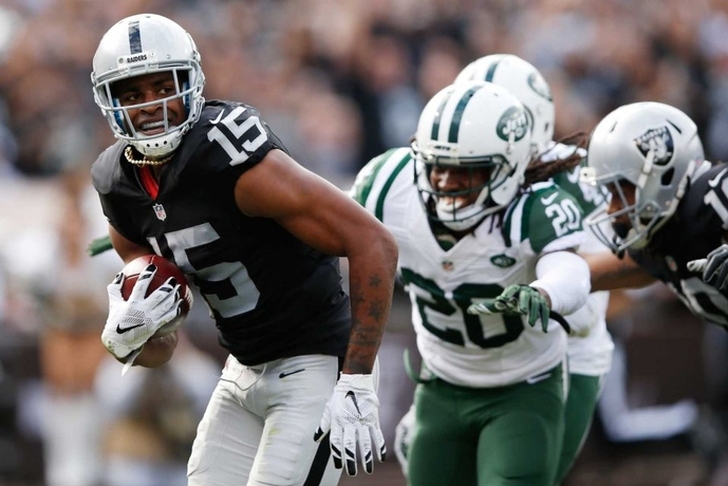 As we predicted the Oakland Raiders and New York Jets game was a total blowout. The Raiders won easily 45 to 20. The game was 21-10 at the half but the Raiders were in total control from start to finish. Here are the 3 major takeaways from the Raiders win.

1.) Michael Crabtree is the Redzone target for Carr
Crabtree had six catches for 80 yards and three touchdowns against the Jets. When the Raiders were in the red zone, Carr's eyes went to Crabtree. Crabtree led the Raiders in red zone targets in 2016 and it looks like it will happen again this season.

2.) The Jets are Bad
It was nice to see the Jets not give up and score 20 points but they are hard to watch. The Jets are the JV football team of the NFL. They have the worst quarterback situation in the NFL, the least talented receiving corps, and a below average defense. Number one overall pick here the Jets come. Wouldn't surprise me at all if they go 0-16.

3.) The Raiders have the Best O-Line in Football
The amount of time that Carr was getting in this game to sit back and scan the field was almost laughable. The offensive line wasn't just giving Carr a clean throwing pocket but also creating huge running lanes for the running backs. The Raiders as a team finished with 180 rushing yards on 27 carries (6.7 YPC).

The Raiders will face the Redskins in Washington in Week 3 and the Jets will look to avoid going 0-3 as they play Dolphins in Week 3.