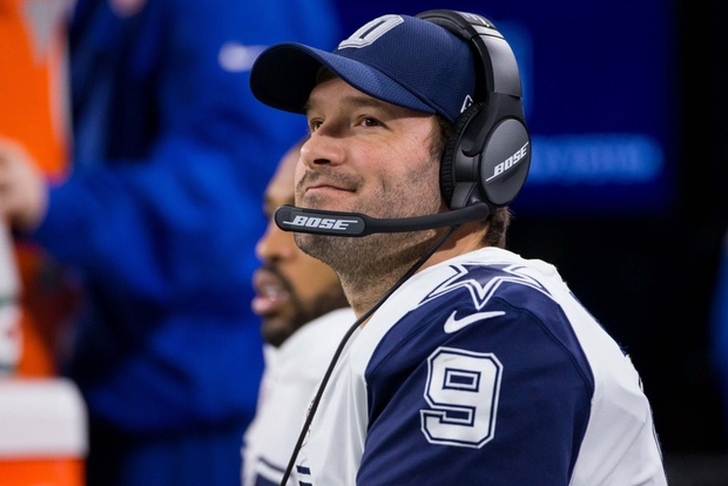 NFL free agency officially started at 4:00 pm ET on Thursday with the start of the new league year, and the moves came quick. Many deals had already been agreed to during the two-day legal tampering period leading up to today, but there were still several very notable and unexpected moves - including a couple of big trades. Here are the biggest things we learned from today's action:

The Texans are the favorites for Tony Romo
First, news broke that the Cowboys were looking to trade Tony Romo to the Broncos or Texans instead of releasing him, adding another chapter to the ongoing Romo soap opera. Perhaps in response to that news, Houston shockingly traded Brock Osweiler to the Browns to create the cap space needed to add Romo.

The win is being heralded as a win for the Browns because of the draft picks they got along with Osweiler, but it is also exactly what Houston needed to do. ESPN's Adam Schefter says that trade made the Texans the prohibitive favorite to land him, and they are in the driver's seat for a trade. It also showed they are very serious about adding Romo and will likely do whatever they can to get him.

The Redskins are a mess
As if Washington's front office upheaval that has resulted in the ousting of general manager Scot McCloughan wasn't enough, quarterback Kirk Cousins wants to be traded because of the discord in the front office, with the San Francisco 49ers being his preferred destination.

The 49ers and Redskins have reportedly already had talks about a possible Cousins trade, but several things - including Redskins owner Dan Snyder's distain for new 49ers head coach Kyle Shanahan, who he fired in 2013 - have kept it from happening, and will likely continue to do so.

So now the Redskins are in a situation where they don't currently have a general manager and their franchise quarterback (who they only have under contract for one season) doesn't want to play for them. Everything is fine.

Carson Wentz finally has some receiver help
Philadelphia went into free agency with a priority on upgrading their receiving core, and they were able to accomplish that goal on the first day, signing both Torrey Smith and Alshon Jeffery.

#Eagles and WR Alshon Jeffery have agreed to terms on a one-year deal. #FlyEaglesFly pic.twitter.com/xRL0j7J73H

Jeffery gives Carson Wentz a big, No. 1-caliber receiver, while Smith gives them a legitimate deep threat they've been lacking since they got rid of DeSean Jackson.

Jacksonville is really upgrading their defense
For as good of a day as the Eagles had, the Jaguars may have had a better one. They upgraded their defense by signing safety Barry Church, cornerback A.J. Bouye and defensive lineman Calais Campbell.

Barring a change of heart, #Cowboys safety Barry Church is expected to land with the #Jaguars on a 4-year deal worth more than $6M per year

After considering Denver, Calais Campbell is going to sign a 4-year, $60 million deal that includes $30M gtd with Jacksonville, per source.

Jacksonville clearly made their defense a priority, handing out over $150 million in contracts to those three players. However, all three are expected to start right away and elevate the defense to elite status.