What Is The Franchise Tag? An Explanation Of The NFL's Most Confusing Contract 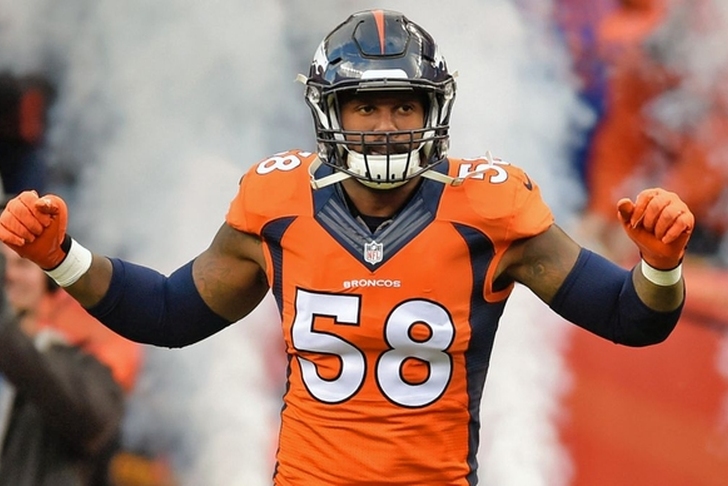 We're here to answer those questions with a comprehensive explanation of the NFL Franchise Tag. With that in mind, let's get started.

Time Frame:
Teams have from today until 4 p.m. ET on March 1st to apply the franchise tags to players. After that, any unrestricted free agent not tagged hits the open market. After a player is tagged, they have until July 15th to sign a long-term extension or stick with the terms the franchise tags stipulate. By the way, "franchise tags" was not a typo; there are multiple tags.

Types Of Tags:
There are actually three types of tags; the exclusive-rights tag, the nonexclusive tag and transition tag. Each one is detailed below.

Exclusive Rights Tag
This is the most common franchise tag. It binds the player to his team for a season and he can't negotiate with other teams. It's an expensive deal, and the details on the exact prices are below.

Nonexclusive Rights Tag
This tag allows players to sign an offer sheet with other teams. The original team than can either match the offer sheet, or get two first round draft picks in exchange. This is the second most used, although teams rarely try to steal away an opposing player because of the steep cost.

Transition Tag
This tag has only been used a few times, most recently in 2014 by the Pittsburgh Steelers with Jason Worilds and Cleveland Browns with Alex Mack. It's the least used of the three tags. It's identical to the nonexclusive rights tag, except teams don't receive any compensation for not matching the offer sheet.

How Much They Cost:
So here's the deal. The NFL hasn't actually announced how much each tag costs this year. The franchise tag is worth the greater of either the average of the top 5 salaries at a player's position or 120 percent of a player's previous salary. The transition tag is cheaper, with the top 10 salaries forming the average. But, the calculations also factor in salary cap, which the NFL hasn't announced yet. However, CBS Sports projected the 2016 franchise tag figures, which we've compiled below.

Who Is Getting Tagged This Year?
There are several candidates to get the franchise tag this season, and you can view most of them right here. Denver has already said they'll tag Von Miller, but at the moment, not team has actually announced they've used a tag.