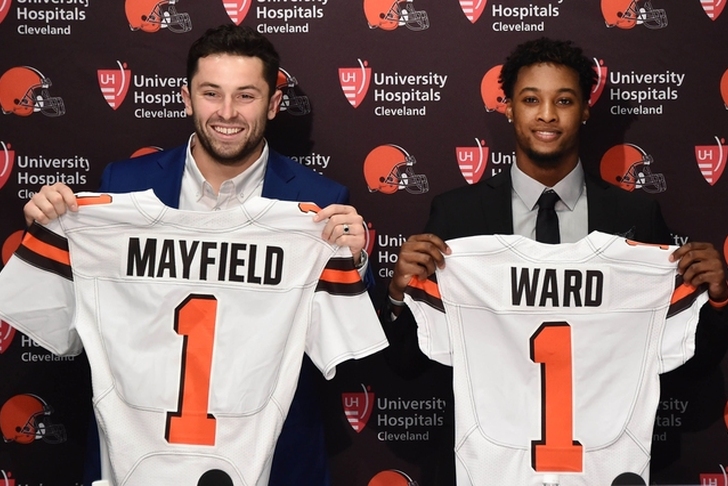 With just a couple of months until the next NFL season kicks off on August 3, there’s been plenty of activity in the opening draft rounds. At a typically glitzy event at the AT&T Stadium in Arlington, Texas, we saw the key signings that will be sure to shake things up this summer.

Quarterbacks were hot property in the 2018 NFL draft, with a record five quarterbacks being chosen in the first round. As well as Cleveland Browns picking up 2017 Heisman Trophy winner, Baker Mayfield, teams like New York Jets, Buffalo Bills, Arizona Cardinals and Baltimore Ravens also selected some hugely promising quarterbacks.

If you’re looking for the team who made the most of the draft, then Chicago Bears definitely enjoyed themselves. The Bears made it clear that they want to use the off-season to provide plenty of support for star quarterback, Mitchell Trubisky. Key draft picks included wide receivers like Taylor Gabriel and Allen Robinson who, along with tight end, Trey Burton, will help the Bears start the season in style.

As Texas was hosting the first rounds of the 2018 NFL draft, then it was little surprise to find that Dallas Cowboys would be making a big impression. In the first round, they managed to get the promising Boise University linebacker, Leighton Vander Esch, who will be expected to slot in alongside legends like Sean Lee and Jaylon Smith. And just in case you were worried about the lack of wide receiver talent in the Cowboys team, then Colorado State University signing, Michael Gallup, could make a big impression for the Cowboys.

But how are Philadelphia Eagles planning to defend their incredible Super Bowl win of 2018? Their second round signing of the acclaimed tight end, Dallas Goedert, will boost the already formidable Eagles offense. Plus their new defensive end, Josh Sweat, and corner back, Avonte Maddox, could boost the odds of another strong year for the Eagles at bookies like https://www.betting.org/ for Super Bowl LIII.

However, it’s Arizona Cardinals who you will have to be keeping an eye on this season. The team made a stunning first round pick when they managed to get UCLA’s star quarterback, Josh Rosen, who will definitely make a big impression this year. And don’t dismiss Atlanta Falcons either. Some great signings like wide receiver, Calvin Ridley, means that this team could be seeing a real return to form.