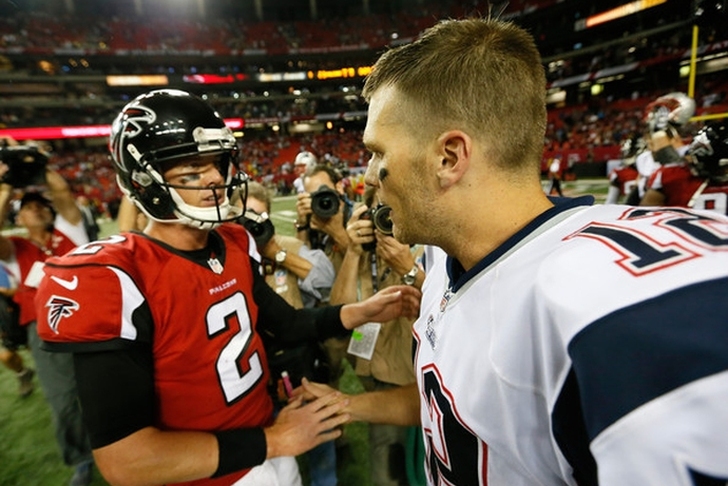 The NFL season passed its halfway point, and after a muddled race through the early part of the season, a handful of players have emerged as the frontrunners as we head down the stretch. As such, here are the top 5 MVP contenders so far this season:

Elliott's star has faded a bit since he ran for over 130 yards in four straight games, but he has still been perhaps the best player on the best team in the NFC. His slight drop-off in play (and current domestic violence investigation) has hurt some of his MVP stock, but another dominant streak of games will put him right back into the top three. Here's all you need to know: the Lions are 5-4 this season despite trailing in the last minute and a half in all nine games. Matthew Stafford has engineered all of those comebacks, cementing himself as a MVP candidate. If the Lions keep winning, Stafford will keep moving up this list.

Carr had largely flown under the radar for most of the season - that is, until his 513-yard, four-touchdown performance in an overtime win against the Bucs threw him into the spotlight, which he promptly followed up with a dominant win over the Broncos. He has led the Raiders to a surprising 7-2 record - including a perfect 5-0 mark on the road - and ranks in the top five in the league in both passing yards (2,505) and touchdowns (17).

There is a clear cut-off between the top bottom three and the top two guys on this list. Ryan has the overwhelming favorite earlier in the season, but a few solid, non-spectacular performances have dimmed his star a little bit. Most of his more impressive performances came earlier in the season (remember that 503-yard, four-touchdown game against the Panthers?) - he needs a few more dominant performances to move up the list. He leads the NFL in passing yards (2,980) and touchdowns (23).

There really shouldn't even be a chance for Brady to enter the MVP conversation due to him missing the first four games of the season, but his outstanding play has him leading the conversation. Yes, you could easily argue that he shouldn't be in this spot given the time missed, but he has been so more more dominant than everyone else this year.

In just four games, he has thrown for 1,319 yards and 12 touchdowns (which ranks 11th in the league) with zero interceptions. Plus, New England has won those four games by an average of 21 points. That dominance will win Brady the MVP.