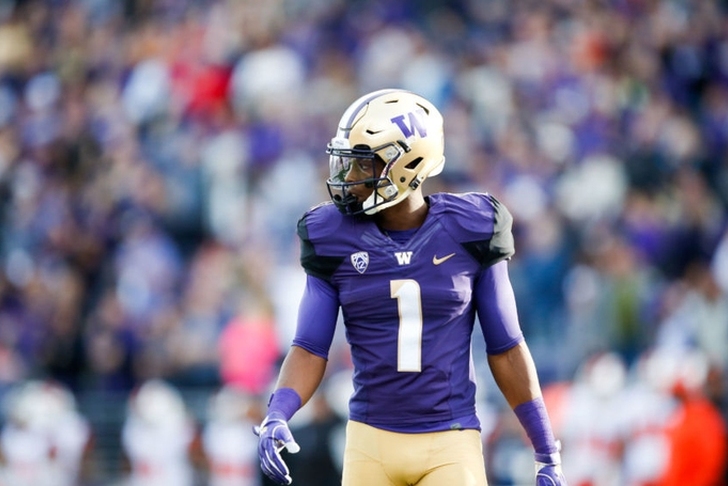 The official time has come in. It's a 4.22 40 as well. John Ross is officially the record holder. The video and original story (minus the parts about it being unofficial) are below.

Chris Johnson no longer has the fastest 40-yard dash time in NFL Combine history. It belongs to WR John Ross out of Washington. The video of Ross' record-breaking time is below. Johnson had the previous record with a 4.24 40.

A projected late first round pick, Ross' 40 time likely assures he'll go in the first round. He did come up with cramps after the run, but he has the record for time being.

Oh by the way, Ross said his fastest time before this was a 4.3. Ross wasn't wearing Adidas cleats, so he isn't eligible for that island sadly.

Follow our NFL page for all the latest NFL Draft news and rumors.