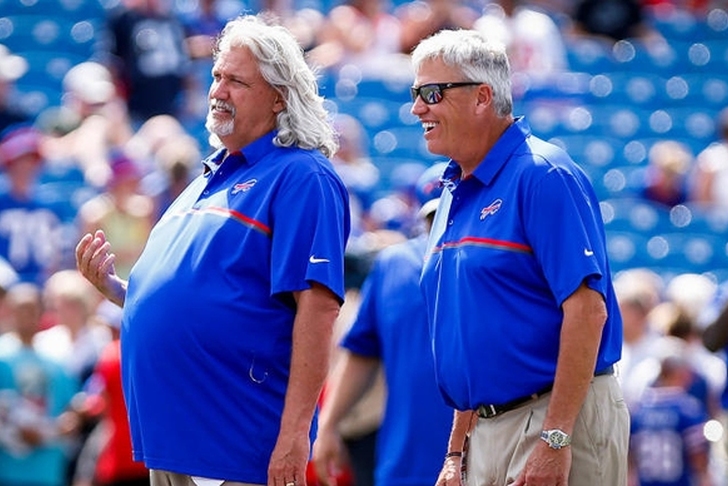 Both Rex Ryan and Rob Ryan are out of coaching following a short stint together with the Buffalo Bills, but they are finding ways to keep themselves involved in the sport through the media.

Rex is set to join ESPN's Sunday NFL Countdown as an analyst, and while Rob is still trying to find another coaching job, he appeared on The Herd with Colin Cowherd to talk about the league. However, the best part of his appearance came at the end, when he poked fun at Rex's foot fetish.

During his time as head coach of the New York Jets, a video of Rex's wife was posted in which Rex, who was filming, is asking his wife questions about her feet.

Rex has refused to discuss the video, calling it a personal matter he wouldn't talk about in a press conference shortly after.

This is the second time the Ryan Brothers have been in headlines this offseason, the first coming in a bar fight in Nashville after someone reportedly threw a margarita at Rex's face.