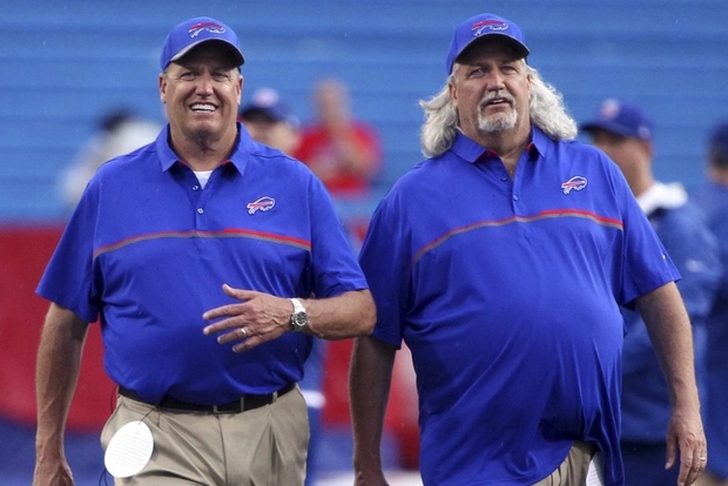 Rex and Rob Ryan were in Nashville for Game 3 of the Stanley Cup Finals and the former NFL coaches found themselves in a bar fight while there. Partial video of the fight is embedded below.

Video from a bar scuffle in Nashville involving Rex and Rob Ryan... pic.twitter.com/DXtVNkiPxo

Rex Ryan, wearing a Bryce Harper jersey, is in the middle of the confrontation when the video starts. Rob Ryan then grabs one of the men by the throat for a second or two. Rob is also being held back by his son Matt before someone steps in and separates the parties before the video is cut off.

It's also worth noting that there are several margarita glasses at the table where it appears the Ryans were sitting. One of witnesses at the bar says the Ryans didn't start the fight.

"A guy walked up to them and threw a margarita at Rex’s face," a woman named Jessica Aronica told Larry Brown Sports. "They stood up and Rob Ryan started screaming and he wrung that guys neck."

Rex Ryan is set to join ESPN's Sunday NFL Countdown as an analyst and ESPN is looking into the video. Rob Ryan does not have another coaching job yet.