Wanted – An Elite NFL QB in the Draft 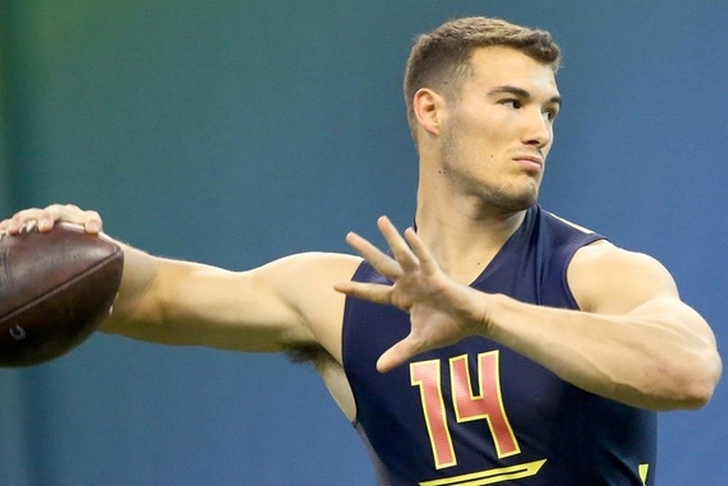 The 2017 NFL draft class is filled with quality linemen on both sides of the ball as well as having a nice mix of running backs and defensive backs added into the mix. What this year’s draft is sorely missing is an elite level quarterback. In some years, that might not represent much of a problem. This year, it’s a huge problem for at least four teams that are in desperate need of a new leader on offense.

After a substandard 2015 quarterback class, followed by a good, not great, 2016 class, it’s surprising to see such a weak field of prospects for the third year is a row. There’s good chance teams in need of a QB will be trading down to get themselves lined up for what looks like a much better class in 2018.

Here’s a look at the best quarterback prospects heading into the draft less than two weeks away:

Mitchell Trubisky, North Carolina
Trubisky comes into the draft with significantly less starting experience than his competition. Putting that aside, his skill set looks superior. He has good arm strength, reads defenses well and is a good leader on the field. It might take three years to get him the experience necessary to compete at the highest level, but he might well be worth the wait and investment.

Deshaun Watson, Clemson
After amazing performances against Alabama in the last two CFP Championship games, Watson enters the draft with the most recognizable name. He has good mobility and an above average arm. What he doesn’t do well is read defenses and make smart decisions on the field. They don’t like turnovers in the NFL and Watson might be turnover prone.

Patrick Mahomes, Texas Tech
With 5,052 years passing and 41 touchdowns against only 10 interceptions, Mahomes is considered the top gunslinger of the 2017 class. He has a rocket launcher for an arm and is not afraid to take a hit. What’s wrong with this picture? Any other year, a player with his stats would be slotted in the top two spots. However, his mechanics aren’t particularly good and some experts consider him a product of a system built around the passing game, which almost always flatters the QB’s stats. High Risk / High Reward potential.

Nathan Peterman, Pittsburgh
If an interested team can do without the flash, Peterman might be the right guy for the job. He has an above average arm, decent size and the ability to place a tight spiral exactly where he wants it. It’s not clear if he can be an elite QB, but he looks like a steady prospect.

The teams in need of a QB sooner rather than later are the Arizona Cardinals, Houston Texans, Cleveland Browns and the New York Jets. With the Jets and the Browns holding high draft spots, it will be interesting to see if the talent that is available is enticing enough to get them to pull the trigger, or spur them to trade down.

For you gamblers out there, it’s time for the NBA and NHL playoffs. With the MLB season also underway, now would be a good time to open a new online sports book account. You can get an account with one of these UK betting sites today.