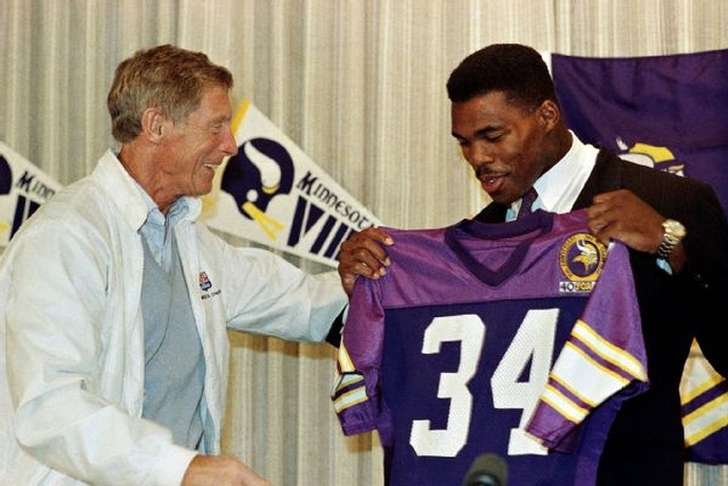 While the NFL trade deadline generates plenty of excitement every single year, there have been very few in-season blockbuster trades in league history. Here are the top six in-season trades ever:

Green Bay needed a spark after a 3-3 start to the 1974 season and went all-in on Hadl, sending two first-round picks, two second-round picks, and a third-round pick to the Rams for him. That, well, was a HUGE mistake.

Hadl only played in 22 games for the Packers, passing for nine touchdowns and 29 interceptions before being released.

Layne won three titles during his eight years with the Lions, but found himself splitting time under center through two games in the 1958 season. Thinking he was expendable, Detroit sent him to Pittsburgh for QB Earl Morrall, a first-round pick in 1959, and a second-round pick in 1960.

Layne then took a losing Steelers team into the postseason while saying the Lions "will not win for 50 years." Detroit has won just one playoff game since then.

Remember when Lynch played for the Bills?

He ran for over 2,100 yards in his first two seasons, but after running for just 450 in 2009 and 164 through four games in 2010, Buffalo thought it was time to move on. Seahawks first-year head coach Pete Carroll jumped at the opportunity to get Lynch, and sent a fourth- and fifth-round pick to Buffalo for him.

With that, Beast Mode was born. We all know what happened next.

Haynes wanted out of New England in 1983 and held out into the season, so the Pats dealt him to the Raiders for a first-round pick in 1984 and a fifth-round pick in 1985. Now a Hall of Famer, Haynes was a crucial part of the Raiders team that won the Super Bowl that season.

Dickerson gained nearly 7,000 yards through his first four seasons with the Rams, but he balked at St. Louis contract extension offer that would've given him just a slight raise in pay. The Colts, sensing Dickerson's unhappiness and having a desperate need to give their franchise a boost, organized a three-team trade to land the coveted running back.

Dickerson then turned the Colts into a playoff team, while the Rams used the draft picks they got in the deal to make the playoffs each of the next two seasons.

In the craziest trade in NFL history, the Cowboys sent their best player, Walker to the Vikings (along with four draft picks) for five players and a stunning eight draft picks - including six first- and second-round picks.

Dallas was 0-5 in 1989 prior to the trade, but used their draft picks and players to start a dynasty that won three Super Bowls from 1992 to 1995. Minnesota made the playoffs with Walker that year, but didn't have a winning season in the two years after before they released him. Walker never had a 1,000 yard season for the Vikings.