Tony Romo: 6 Teams He Is Most Likely To Sign With, Plus Other Rumors 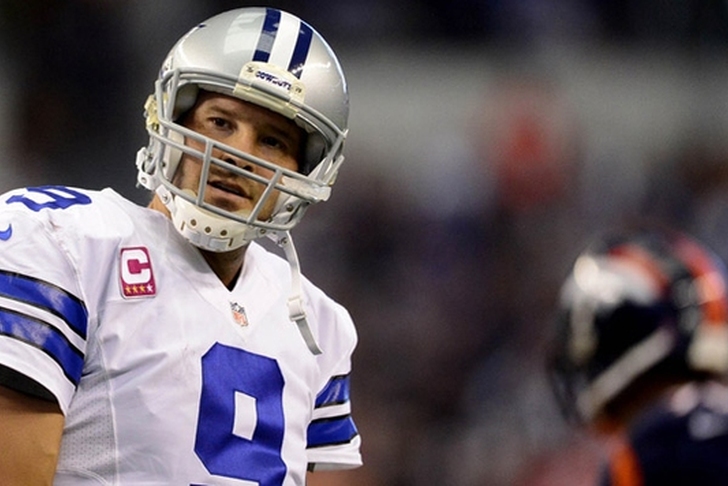 After months of ongoing questions about whether the Dallas Cowboys would keep Tony Romo, cut him or trade him, the Cowboys have finally decided to release him once the new league year starts tomorrow. Romo was going to have a $25 million cap hit in 2017, and it didn't make any sense for the Cowboys to keep him for that number to be Dak Prescott's backup.

Dallas did try to trade Romo, but weren't able to find a deal they were happy with. The general view all along was that the Cowboys would end up releasing Romo and letting him pick his landing spot. However, owner Jerry Jones said he and Romo have an understanding of the "do-right rule," meaning that his next move will as much for the mutual interest of Romo and the Cowboys as possible. With that in mind, here are the six teams that Romo is the most likely to sign with:

6) Washington Redskins
Does Romo want to stick it to the Cowboys and does he not care about Jones' rule? Well, here's his chance. The Redskins have been engaged in trade talks with the 49ers about sending Kirk Cousins to San Francisco, which would leave them in need of a starting quarterback. In fact, there were rumors of a potential three-team trade last week that would've send Cousins to the Bay and Romo to the Redskins, so we know there is interest. This is only a possibility if Romo holds some sort of secret contempt or ill will against the Cowboys, which doesn't seem to be the case.

5) San Francisco 49ers
San Francisco did just sign Brian Hoyer, but he isn't anything more than a fringe starter in the NFL. Romo would definitely be an upgrade, and the Niners may be intrigued to add such a quality player at the position. They're not a contender, but San Francisco does provide Romo with a chance to play of another one of the NFL's marquee franchises.

4) Chicago Bears
The Bears currently have no quarterback on their roster, and like the 49ers, are also in position to draft a quarterback high. However, with no clear future starters in the draft - Chicago could very easily opt to pursue Romo, an Illinois native. Though they're not a playoff contender, they do have a solid roster and young, promising wideouts in Alshon Jeffery (if they re-sign him) and Kevin White.

3) New York Jets
Quarterback is a huge need for the Jets, as they don't appear to have a current or future quarterback they feel comfortable with. Bryce Petty and Christian Hackenberg both have a ways to go before they can contribute and Chan Gailey, their offensive coordinator, prefers a mobile quarterback. With a need at the position and a somewhat veteran roster - plus the chance to play in New York - the Jets could be a darkhorse in the Romo sweepstakes.

2) Houston Texans
The Texans gave big money to Brock Osweiler last offseason, but it is painfully clear that he is not the answer for Houston. As such, they have expressed interest in keeping Romo in the state of Texas, and ESPN's Ed Werder said that Houston is where he wants to end up for that reason. The Texans would also be a legitimate Super Bowl contender with Romo on the roster, as they have an excellent defense and elite receiver in DeAndre Hopkins.

1) Denver Broncos
Denver has already said that they plan to pursue Romo, and Mike Klis of 9News in Denver reports that they are Romo's preferred destination over Houston, contrary to Werder's report. Paxton Lynch needs another year or two of seasoning, Romo would be the perfect short-term solution. He'd play for a championship contender and wouldn't be asked to carry a team. Plus, he'd have dynamic weapons in Demaryius Thomas and Emmanuel Sanders. Denver proved they could win a Super Bowl with this situation with Peyton Manning...could they do it again with Romo?

RUMORS
This move will have a ripple effect throughout the entire NFL. Here are all the latest news & rumors that have to do with this move.

- If the Broncos do sign Romo, they are expected to part ways with Trevor Siemian, whether that be via a trade or a release. The 49ers have interest in Siemian if he becomes available.

- Josh McCown visited the Cowboys on Wednesday, as Dallas is considering signing him to be Prescott's backup.