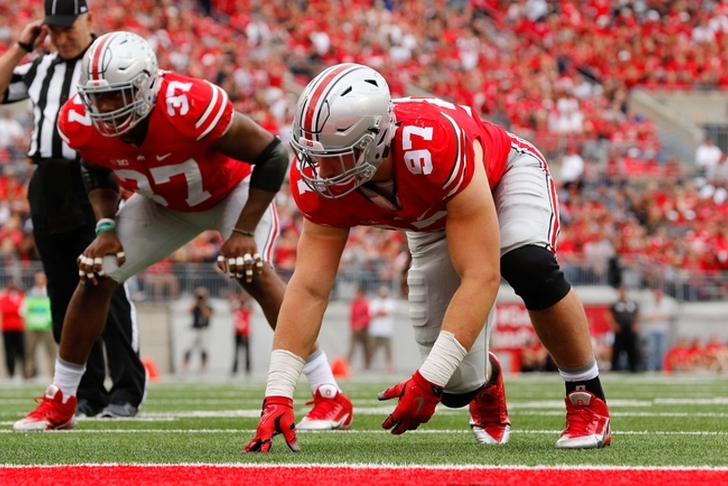 Bosa is just a junior, but has been considered one of the top draft prospects since last season. Last year, Bosa recorded 13.5 sacks and 21.5 tackles for loss. He hasn't quite matched those numbers this season, putting up 3.5 sacks and 12 TFL. Still, Bosa has been a disruptive force in the passing game and has done a great job of shutting down the run. Bosa isn't J.J. Watt, and nobody is, but he's a well-rounded prospect and should be a solid starter for many years.

Nkemdiche is a better athlete than Bosa, but not as fine-tuned. Nkemdiche can essentially play any position on the defensive line, although his best fit is going to be as an Aaron Donald-type player. He has only 1.5 sacks this season, but already has 5.5 TFL. He won't put big time stats, but he jumps off the film and will be a great defensive lineman.

Ramsey hasn't produced the same amount of turnovers this season, but that's because he's played more corner this year. Ramsey could be a safety of a corner at the next level and he'd excel at both. At 6-foot-1, he fits the mold of the bigger corners that the NFL is moving towards. He has a bit of Charles Woodson in him and he'll be a stud defensive back for many years.

Hargreaves isn't as long as Ramsey, but many believe he's the more talented of the two. He's picked off four passes this season, giving him 10 in his career. He's a classic ballhawk and teams often avoid him on the field. He should be a lockdown corner for years.

The NFL Draft isn't until April, which means McShay's Top Four could look different by the time the draft rolls around.