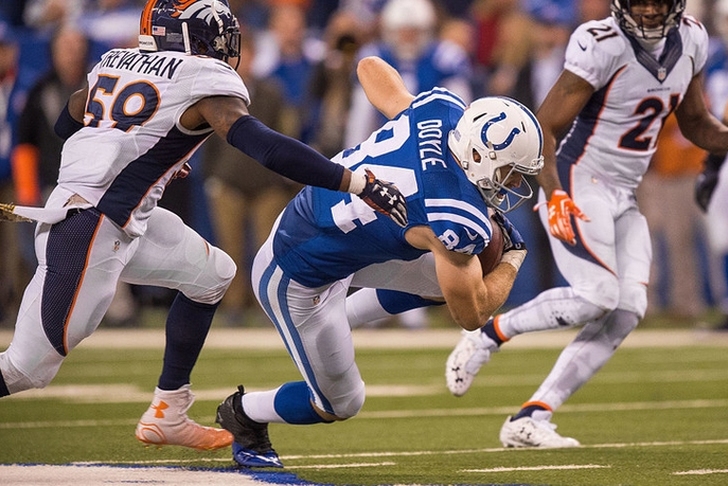 Week 15 of the NFL season kicks off tonight at 8:25 pm ET with the Indianapolis Colts hosting the Denver Broncos on Thursday Night Football in a game where both teams are sitting in last place in their divisions. The Broncos will look to improve to 5-9, while the Colts look to move to 4-10.

You May Also Like: Where To Watch Thursday Night Football Online

Matchup
Both teams entered the season with playoffs hopes but poor quarterback play has been the Achilles heel for both. The quarterbacks for each team have combined to throw for 25 touchdowns and 27 interceptions, so perhaps this game will be an offensive struggle. Furthermore, games on Thursday Night Football are typically lower scoring because teams have less time to prep for their opponents.

If there is one storyline to monitor from this game, it's that the Broncos and Colts have met 26 times and the series is split. Both teams have won 13 games, so tune in to see who wins number 14.

Prediction: Broncos Win 23 - 13
The Colts have lost five games in a row and it will move to six after this matchup. This game will be won in the battle of the trenches, and if there is one thing the Broncos do well, it's getting after the quarterback. If there is one area where the Colts struggle, it's protecting the quarterback. The pressure that the Broncos will be able to generate will lead to turnovers and some possible easy scores.