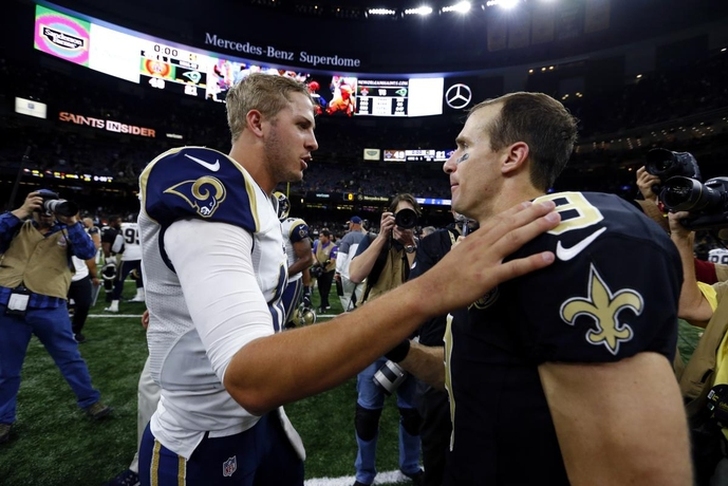 It is Week 13 of the NFL season and each team has played 11 games so we have had plenty of time to judge how talented every offense in the NFL is. The trend of the NFL the last few seasons has been the best offenses were ones that threw the ball and now there is a new trend called "running the football". The NFL is trending toward going more run-heavy since many NFL coaches built smaller quicker defenses to deal with the pass-heavy NFL. The old saying is defense wins championships but that may be changing since the teams on this list are not only great but have great offenses. If you disagree with my top six offenses in the NFL this season, then give me your top six on Twitter @MitchellRenz365.

6.) Pittsburgh Steelers
The Steelers have the best wide receiver and running back in the NFL with Antonio Brown and Le'Veon Bell. A two-headed monster combined with a solid offensive line makes this team difficult to stop on the ground and through the air. If Ben Roethlisberger continues to play well like he has the last few weeks they could easily climb up these rankings.

5.) Minnesota Vikings
The Vikings are one of the most balanced offenses in the NFL and have had great play from Case Keenum this season. Keenum the last three games has a QB rating of 100 at least and it's been his consistent play that has help mold this team. In the beginning of the year, Dalvin Cook was great running the football but since his ACL injury, Latavius Murray and Jerick McKinnon haven't missed a beat which has allowed the Vikings to run the offense that wins them games. Mike Zimmer doesn't actually play in the game but he has been terrific this year and fully deserves to be considered Coach of the Year.

4.) Los Angeles Rams
Jared Goff has 18 passing touchdowns and only five interceptions this season, making a huge leap in his sophomore season which is a major contributing factor to the Rams 8-3 record. They are a top-four offense in this league because of the play from their great running back, Todd Gurley who leads all position players with 11 touchdowns. His versatility gives defensive coaches nightmares and if you try to stop him, the Rams beat you with their passing game.

3.) New Orleans Saints
The Saints are the most balanced offense in the NFL, ranking second in passing yards with 2,940 and third in rushing with 1,563 yards. They are fourth in the NFL in scoring and the balance of this offense is why they are 8-3 and leading their division. Drew Brees combined with the play of Alvin Kamara, Mark Ingram is why this Saints offense continues to march.

2.) New England Patriots
The Patriots have the best quarterback in the NFL with Tom Brady at the young age of 40. He is showing us that age is simply just a number leading the league in passing yards and running an offense that has gained the most yards this season averaging, 411.2 a game. The Patriots have scored 325 points this season which is the third most in the NFL.

1.) Philadelphia Eagles
The best team in the NFL also has the best offense and it starts with their young quarterback Carson Wentz. The Eagles are the only team averaging more than 30 points a game and they have been exposing defenses all season long with an efficient passing attack complemented with a solid running game. Wentz leads the NFL in passing touchdowns with 28 yet the Eagles rank 23rd in pass attempts with 358 and that amazing efficiency of Wentz is why he is the NFL MVP and why the Eagles are the best offense in football.