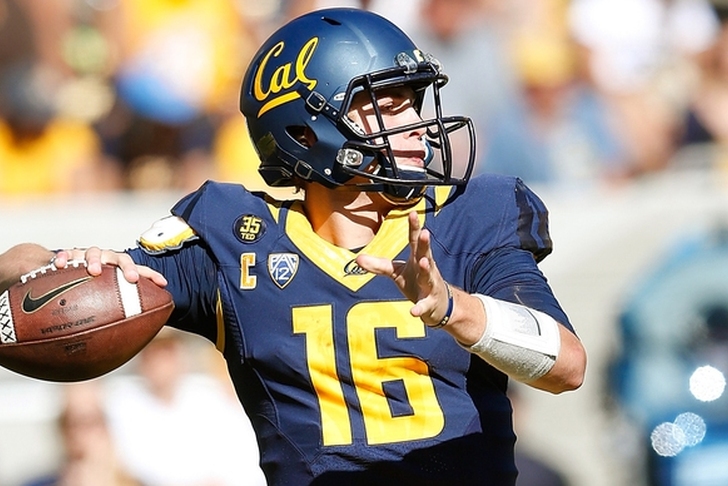 The NFL Playoffs aren't over yet, but many fans and organizations have already turned their attention to the NFL Draft. For the teams in need of a QB, one of the biggest questions they must figure out is if there is a franchise QB in the NFL Draft. There isn't a clear-cut QB prospect like Andrew Luck in this year's class, which has led to questions if any of the QBs are truly franchise material. However, one NFL analyst believes one prospect isn't just a franchise QB, he's better than last year's top options.

"My initial study of Goff tells me that I think he is a more natural and better overall thrower than Mariota," Cosell said. "I think he's a better prospect than Jameis Winston. Where he goes? I can't answer that, but from studying it preliminarily, that's how I see it with Jared Goff."

That's some of the highest praise offered to Goff so far in the lead up to the NFL Draft. It's worth noting that Cosell wasn't high on Winston before the draft, saying he'd rather have Titans backup QB Zach Mettenberger. Cosell has altered his view on Winston since then.

"Winston had a very nice rookie season and it looks like he'll be a solid player," Cosell said. "How good? No one can answer that at this moment. I'm just comparing Goff, and again, I haven't done as much work on Goff as I did on Winston when I was done with the process last year, but that's the basis of my comparison."

Goff has often been mocked to the Cleveland Browns as the No. 2 overall pick. The Browns have a major need at QB, and Cosell believes Goff would be a solid fit. Want more NFL Draft news and rumors? Download the Chat Sports Android and iPhone app!

"I think Goff fits any system. I don't think Goff is system specific," Cosell said. "I think his skill set, his throwing skill set, his looseness as an athlete, his light feet, I think he fits, theoretically, any system. He would be my choice right now (for the Browns). He could run (head coach) Hue Jackson's system no problem."

Other potential first round QBs are Memphis' Paxton Lynch and North Dakota State's Carson Wentz. However, Goff is widely projected to be the first QB off the board come April. For more on Goff, Lynch and Wentz, be sure to check out the Chat Sports Android and iPhone app!