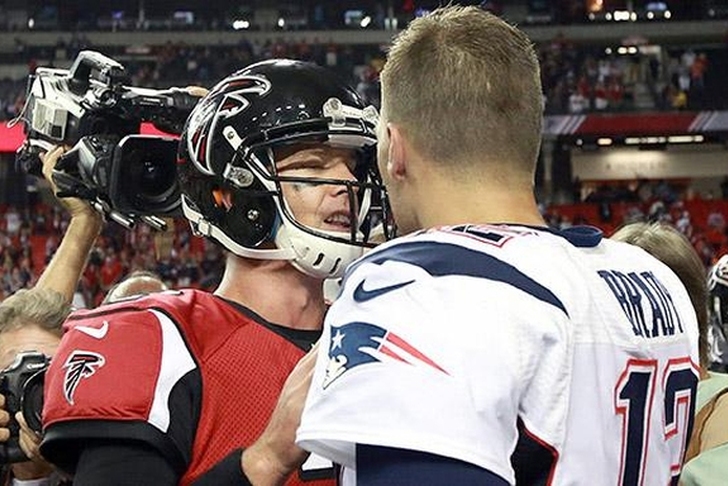 Which team will win the Super Bowl? Here's our preview and prediction.

What They're Saying About The New England Patriots:
Patriots Hype Video (Chat Sports)
Super Bowl LI predictions: Believe in the Patriots, not the experts picking the Falcons (Boston.com)
What Bill Belichick and Tom Brady appreciate most about each other (ESPN)

What They're Saying About The Atlanta Falcons:
Falcons Hype Video (Chat Sports)
Inside the numbers: What makes the Falcons' offense the NFL's best (ESPN)
Quinn 'concerned, not panicked' about Mack injury (ESPN)

Key To The Game: Atlanta's pass rush vs. Tom Brady
Tom Brady is arguably the greatest quarterback of all time, and it's his play that really makes New England's offense deadly. However, throughout his career, he has struggled against pressure - particularly when the opponent can get pressure with their four down lineman. Brady is known for making defenses pay for blitzing, but pressure really bothers him if he can't make that immediate check to beat the blitz. Atlanta's chances to win this game will hinge on their ability to pressure Brady with four rushers.

Prediction: Patriots win 31-27
These are the two best offenses in the league, so even if both defenses play well, you know there is going to be a lot of scoring. I think Brady will be able to have success against Atlanta's defense, and if the game is close in the fourth quarter (which I believe it will), New England will find a way to win.