Super Bowl 51: What We Learned From The First Half 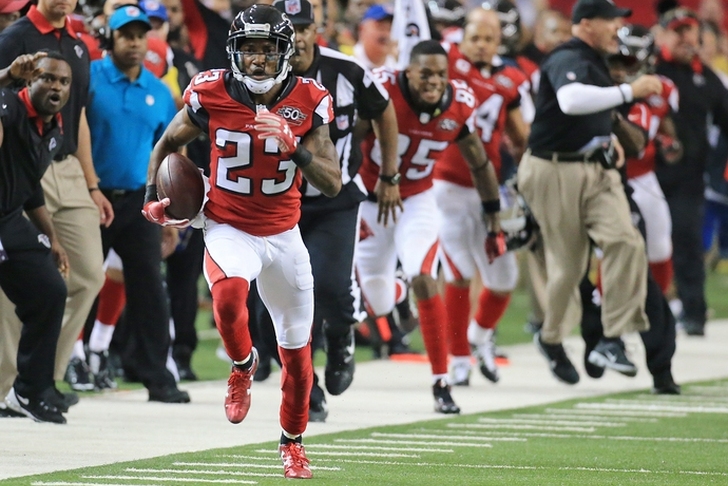 The Super Bowl was expected to be a very close game between two elite teams in the Atlanta Falcons and New England Patriots, but it has been anything but. After a scoreless first quarter, the Falcons caught fire and were the much more dominant team, taking a 21-3 lead into the break. Here are the three biggest things we learned from the first half:

1) New England continues to start slow in Super Bowls
The Patriots have played in seven Super Bowls in the Tom Brady-Bill Belichick era, and haven't scored a single point in the first quarter in any of those games. That slow start ultimately allowed the Falcons to build up all of their momentum in the second quarter, giving them total control of the game. New England now has a giant hole they need to climb out of.

2) Atlanta's offense might really be that good
Atlanta didn't get off to a fast start, either - they only had two first downs in the first quarter. But, in the second quarter, Matt Ryan, Julio Jones and the rest of the Falcons offense caught fire. They ended up shredding New England's defense (the top scoring defense in the NFL) for 189 total yards and two touchdowns on just 19 plays, finding success where ever they wanted it.

Ryan was as efficient as ever, going 7/8 passing for 115 yards and a touchdown, Devonta Freeman ran for 71 yards and a touchdown on just six carries, and Jones caught three passes for 60 yards. This unit is clicking on all cylinders and have turned this game into a blowout.

3) The Falcons defense is MUCH better than we thought
This is the biggest story to come out of the first half - Atlanta's young defense has absolutely dominated Brady and New England's vaunted offense. They have provided constant pressure on Tom Brady, getting two sacks and forcing bad passes, limited them to 35 rushing yards and forced two turnovers - including Robert Alford's interception, which he returned 82 yards for a touchdown.

Atlanta's defense has dominated this game, putting the Falcons in excellent position to win their first Super Bowl.