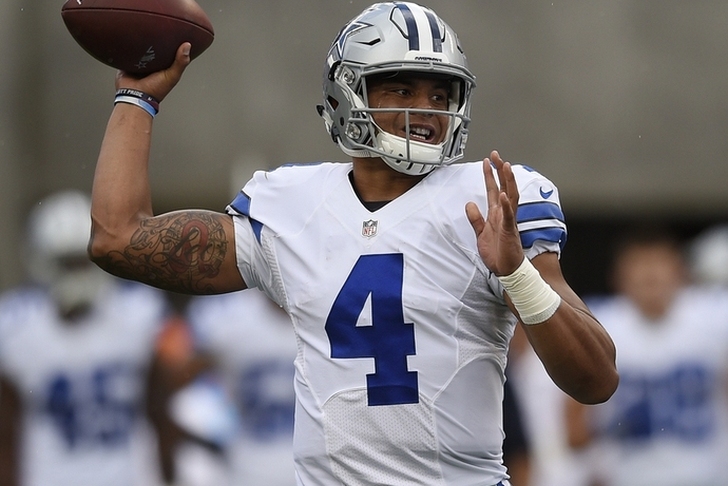 The Dallas Cowboys and the Oakland Raiders both need a win on Sunday to keep their playoff hopes alive. The Cowboys enter the game with a 7-6 record fighting for the final playoff spot in the NFC. The Raiders are also still alive with a 6-7 record in the messy AFC West, but one loss would ruin their hopes of returning to the playoffs this season.

Essentially a playoff game on Sunday Night Football in Week 15 that you won't want to miss.

What They're Saying About The Dallas Cowboys
Report: What Ezekiel Elliott did in his six weeks off in Cabo, Mexico (Dallas Morning News)
David Irving absence could end the Dallas Cowboys’ season (Fansided)
Cowboys star to play versus Raiders (Star-Telegram)

Matchup
The Cowboys enter this game riding a two-game win streak, while the Raiders are coming off a lost to the Kansas City Chiefs. The Raiders offense hasn't lived up to the hype this season and a large part of that should be put on the shoulders of quarterback Derek Carr. This season Carr has 2,942 yards, 18 touchdowns, and 10 interceptions. He has struggled against pressure this year, which is bad news considering the Cowboys enter the game with 32 sacks.

Prediction: Cowboys Win 27- 21
Dak Prescott played great the last two weeks and expect that trend to continue due to the woes in the Raiders secondary. If the Cowboys are able to jump out to an early lead, they will be able to control the clock with their running backs, which is the main ingredient for their success. When the Cowboys hold a lead it also benefits the defense because teams are forced to throw the football, allowing the defensive line for the Cowboys can pin their ears back and get after the quarterback.