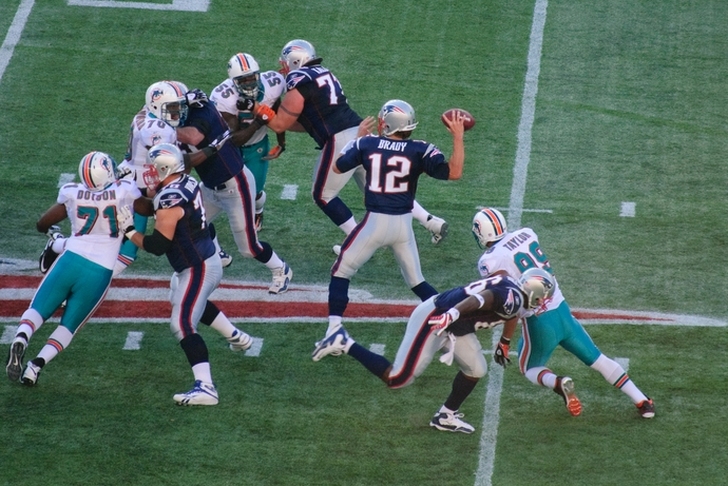 NFL teams are renowned for trying to eke out every single ounce of performance from their players by utilizing the latest sports science techniques.

From intensive pre-season training camps to using cryogenic chambers to aid recovery, the teams seemingly leave no stone unturned in their pursuit of glory.

However, one area the NFL has been slow to catch on is in recognizing the benefits that sleep can have on athletic performance.

Many players openly admit to not getting enough sleep and that can undoubtedly have a negative impact on the field of play. Read on as we take a closer look at sleep in the NFL.

Expert extols virtues of the power of eight
Getting good quality sleep can often be difficult for top-class athletes, particularly during the course of the season.

Extensive travel can cause major problems to a player’s circadian rhythm, often resulting in them enduring sleepless nights.

Sleep expert, Charles Czeisler, has long been an advocate of the benefits that sleep has on helping athletes perform to the best of their ability.

He has previously worked with teams across all of North America’s major professional sports leagues including the Cleveland Browns.

Czeisler regularly references a 2011 study by Stanford’s Sleep Clinic that highlighted the effect that good quality sleep had on the university’s men’s basketball team.

The players were asked to sleep at least 10 hours for a period of five to seven weeks, and at the end of the test all their key performance metrics had significantly improved.

“The average athlete probably needs eight to nine hours of sleep, given their physical demands - even more if you can get it,” said Czeisler.

“I wish I could say there’s a shortcut, but if you are going to be a professional athlete, you need to pay careful attention to sleep.”

Early to bed, early to rise for Brady
If anyone knows what it takes to be successful in the NFL it is legendary quarterback Tom Brady.

BREAKING: TOM BRADY TO SIGN WITH THE TAMPA BAY BUCCANEERS

The 42-year-old has played in nine Super Bowls during his career, winning six, and is widely recognized as one of the greatest players of all-time.

One of the key components of Brady’s lifestyle is sleep, a factor that has even seen him endorse some of the best online mattresses that money can buy.

Despite having a hectic lifestyle both on and off the field, Brady says that getting a good night’s sleep is a major priority for him.

“I think sleep is so important because I break my body down so much with my sport,” he told Parade Magazine. “It’s the only place to get the recovery that I need.

“After the kids go to bed I am right behind them and, whenever they wake up, is usually when I wake up. I’m hopefully asleep by 9 o’clock.

Former NFL coach concerned for the future
Ken Croner has plenty of experience of working with NFL stars including a spending time as Brett Favre’s personal trainer.

He was also part of the strength and conditioning team with the Philadelphia Eagles, before returning to Indiana to open a sports performance centre.

Croner now works extensively with players at high school and college level, advising them on the best ways they can maximise their performance.

He is a strong advocate of the importance of rest with regards to athletic performance and believes youngsters are still not fully switched on to its benefits.

“Trying to get to sleep and waking up at the same time, as best as you can, every day is the answer. I just don’t think these kids get enough sleep.

“And I just don’t think they understand the importance of it because that is when the body rests and recovers.

NFL and sleep – the final word
For a competition that prides itself at being at the cutting edge of sports science, the NFL has been a little slow in embracing the benefits of sleep.

Many of its top stars still fail to get the optimum amount of rest and that mentality remains ingrained in youngsters coming through the system.

As highlighted by Brady’s achievements, good quality sleep can provide athletes with a platform to excel in their chosen sport.

Getting eight hours sleep per night often isn’t easy, but it can undoubtedly be the difference between success and failure.