Steelers Beat Chiefs 18-16 Despite Not Scoring A Touchdown 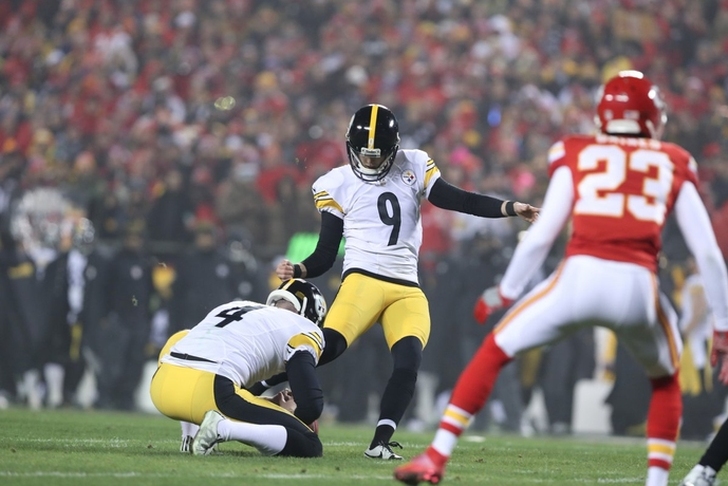 The Pittsburgh Steelers didn't find the end zone against the Kansas City Chiefs, but they didn't need to. Thanks to an NFL-playoff record six field goals by Chris Boswell, the Steelers picked up an 18-16 win over the Chiefs to advance to the AFC Championship game. The Steelers are the first team in NFL history to win a playoff game without scoring, while allowing two touchdowns.

The Chiefs had a chance to tie the game withe 2:43 left following a Spencer Ware TD run, but their first, successful two-point conversion was called back because of a turnover. The Chiefs' second attempt failed.

The Steelers had a great day from Le'Veon Bell, in addition to Boswell. Bell broke his own franchise playoff record for rushing yards, picking up 170 yards on 30 carries. WR Antonio Brown also had a big game, with 108 yards on five grabs. QB Ben Roethlisberger was 20 of 31 for 224 yards and a pick.

The Chiefs had little going on the ground, with just 13 carries for 60 yards. Alex Smith was 20 of 34 for 172 yards, a TD and a pick. Travis Kelce was the leading receiver, with 5 catches for 77 yards.