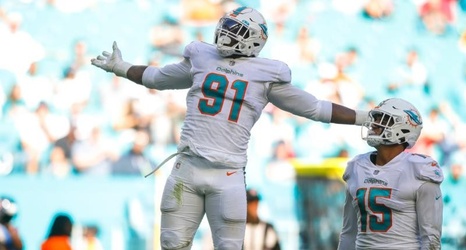 NFL Preseason Week 1 - There has been a lot of chatter about the Miami Dolphins this offseason, and for good reason: there's a lot to talk about! Owner Stephen Ross has been suspended following tampering allegations that cost the team next year's first-round draft pick. Their old coach, Brian Flores, is suing the team; their current coach, Mike McDaniel, is installing a new offense. That offense is being built around the trio of Tua, Tyreek, and Terron: an enigmatic quarterback, a mercurial receiver, and a big-money tackle. But nobody's talking about the one thing Miami did better than anyone else last year—pressure opposing quarterbacks—and whether they'll be able to do that without Flores in 2022.