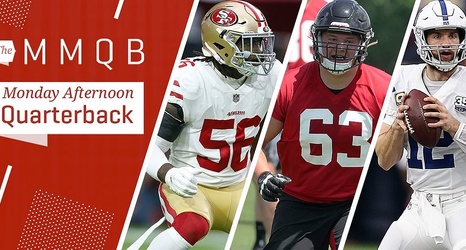 The NFL Spring Meeting in Miami is on deck … and if you missed this week’s MMQB column, you can find it here.

1. At the league’s spring meeting, which kicks off Wednesday in Key Biscayne, Fla., the competition committee will advocate for tweaking the newly-drafted pass-interference review. We discussed this in the MMQB: the idea is to take the power of review out of the officials’ hands in the final two minutes of the half and the game for pass inference only. This change came from feedback that Al Riveron has gathered the last few weeks from coaches, who are worried that giving a replay official power over OPI and DPI reviews at the end of the halves and games will create too many stoppages (almost a free-throws-at-the-end-of-a-basketball-game effect).