Vikings scenarios: From first-round bye to playing Packers to missing the playoffs 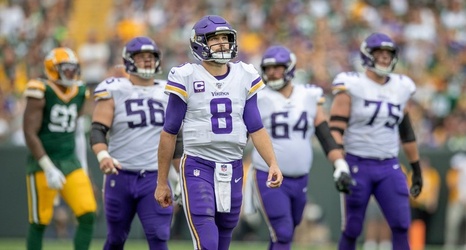 Oh, to be in the NFC East or to rule the NFC South. Put the Vikings in the East and they would have clinched the division by now. Swap them for New Orleans in the South, and they’re running away with it.

But that’s not how this works. The 9-4 Vikings are in the NFC North, and their path to a division title — and really, even a playoff spot short of winning out — is about as clear as your windshield was on the way into the office today.

Here, though, is my best attempt to explain what is at stake over the next three weeks — how the Vikings could get anything from a first-round bye to a set of warm-weather vacations in early January after missing the playoffs completely, and how the most likely thing is a playoff meeting with Green Bay.