Vikings' Adam Thielen Ruled out vs. Cowboys with Hamstring Injury 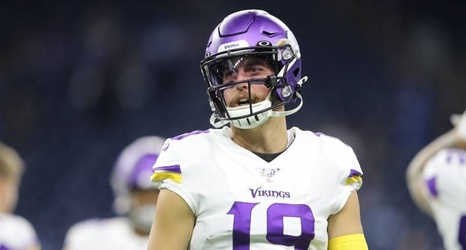 The team officially ruled Thielen out due to a hamstring injury. He didn't participate in practice this week leading up to Friday's announcement.

Thielen has only played 16 snaps in his last two games played, including seven in Week 9 against the Kansas City Chiefs.

An undrafted free agent in 2013 out of Division II Minnesota State, the 6'2", 200-pound wideout entered 2019 having not missed a game through his first five seasons.