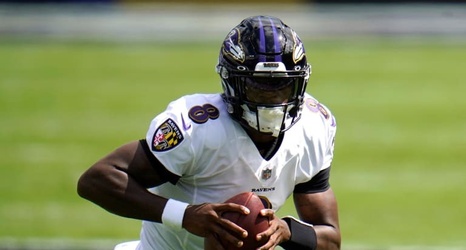 We know Lamar Jackson is fast for a quarterback, but can he outrun one of the fastest players in the NFL?

Tyreek Hill said the Baltimore Ravens star would probably beat him in a race when asked about the situation in an interview with TMZ Sports:

"I done retired from racing, man. So, he'll probably get me right now," the receiver said of a potential race against Jackson, via TMZ.

Known as the "Cheetah," Hill has been one of the league's fastest players for years. He reached 23.