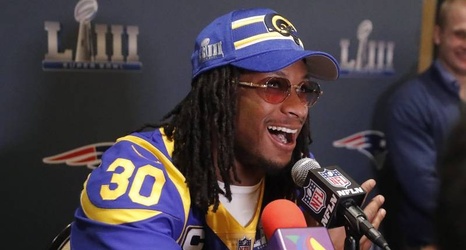 Gurley told Andrew Hawkins in an interview for UNINTERRUPTED that he doesn't have Drake's number in his phone because the music star is "bad luck":

Gurley referenced a picture of Drake in a Rams jacket that supposedly doomed L.A. in the team's Super Bowl LIII defeat to the New England Patriots.