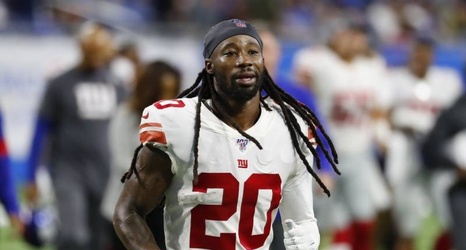 Jenkins was interviewed by TMZ's Evan Rosenblum, the father of a special needs daughter, and called the situation a "learning experience."

"It's always a learning moment, man. Everybody's going to learn from different situations...move forward and learn," Jenkins said. "You just admit to it. Admit that you did wrong, which I did."

The Giants released Jenkins after he called a fan a "retard" in an exchange on Twitter and then was defiant when asked about the situation by reporters.